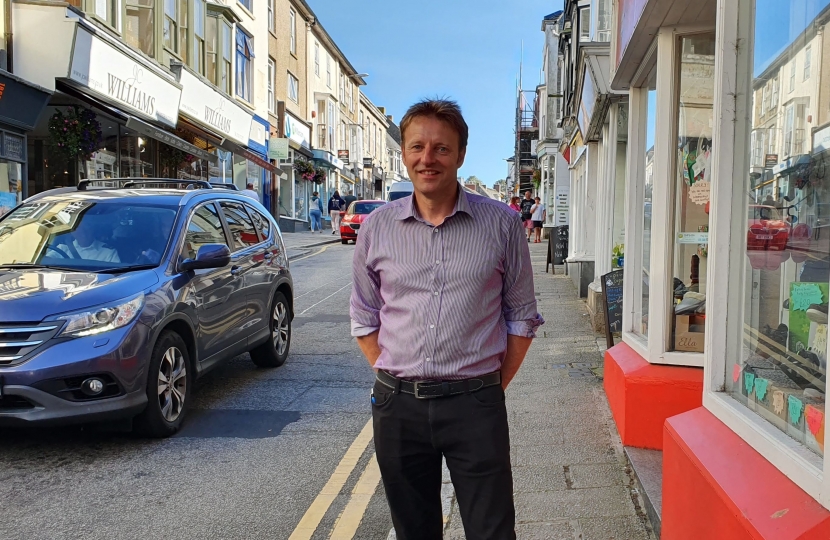 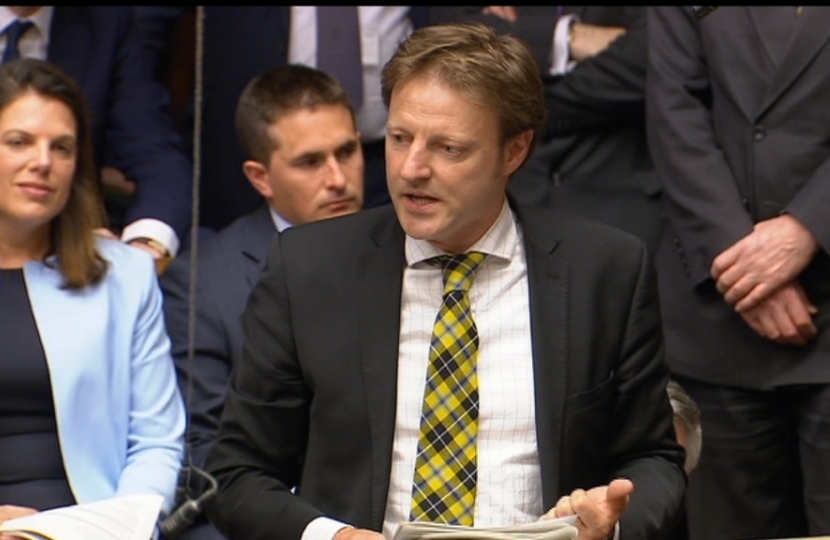 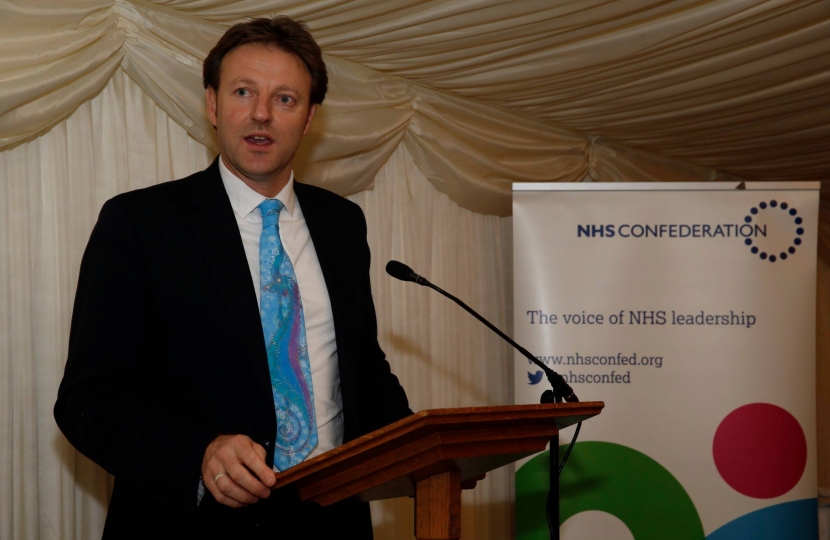 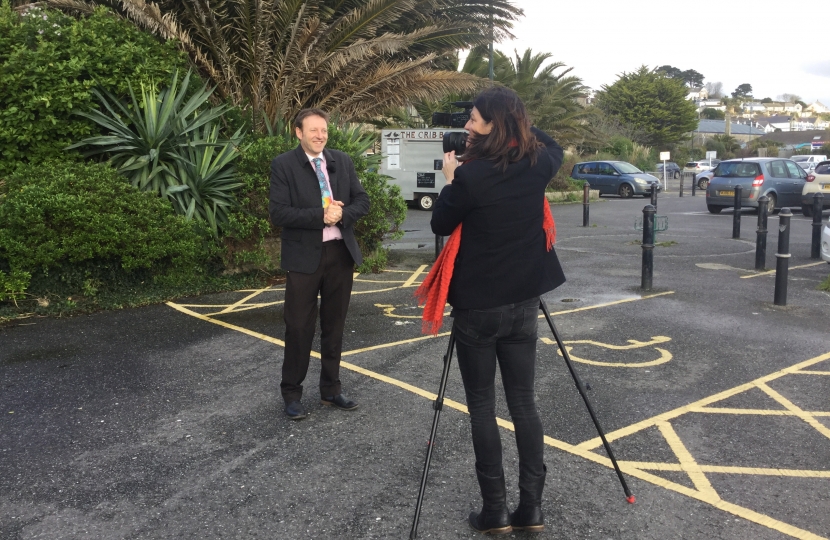 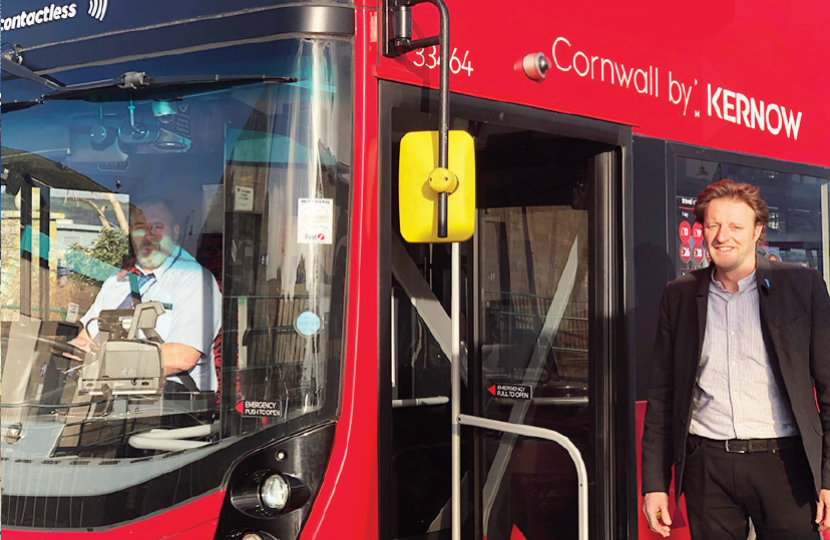 Derek Thomas was first elected as the Member of Parliament for the constituency of West Cornwall and the Isles of Scilly (St Ives) in the 2015 General Election, becoming the first Conservative MP for the area since 1997. He was re-elected as MP in 2019 with an increased majority. To find out more about Derek's previous parliamentary work click here.

Derek focused his work as an MP since by developing the ‘What matters’ campaign series, which outlines key areas of priority that Derek feels matter greatly, these central themes are the basis of his current campaign pledges. Within these areas Derek has spearheaded local campaigns such as keeping Post Office services open, improving the bus network and securing infrastructure funding. Given West Cornwall’s stunning and rich environment, one of Derek’s top areas of focus is tackling climate change and protecting biodiversity and the environment. This includes the development of the ‘WR2020 Project’ a woodland recovery project which has the aim of planting 20,000 trees in West Cornwall by the end of 2020. The project is set to improve air quality and create healthy environments for people to enjoy.

During his time in parliament Derek has worked hard on behalf of the people of West Cornwall and the Isles of Scilly frequently putting forward debates such as Bank Holidays in 2020, World Health: 25-Year Environment Plan, Marriage in Government Policy, Taxes on small business, Safety of riders and horses on rural roads, community pharmacies, Fuel poverty and Food security. Compared to other MPs, Derek had an above average number of contributions to debates and written questions.

At the time the election was called, Derek sat on the Environmental Audit Committee and the Work and Pensions Select Committee having previously sat on both the Health and Social Care and the Science and Technology Select Committees. Derek was also the Chair of the following All-Party Parliamentary Groups: Brain Tumours, Vascular and Venous Disease, and Axial Spondyloarthritis. As well as chairing those APPGs, Derek was Vice Chair for the following APPG groups: Post Office Group, UK Islands Group and Home Electrical Safety Group (Vice Chair and Secretary). He was Secretary for the Healthy Homes and Buildings Group, and Treasurer for the Fuel Poverty and Energy Efficiency Group and also the South West Rail Group. He was a member of the Ocean Conservation Group, The Minimum Unit Pricing of Alcohol Group and the Great South West Alliance group.

Derek supports a number of charity initiatives. Before becoming an MP, he was a development manager at Mustard Seed, a charity helping vulnerable adults. More recently Derek has joined Penwith Rotary Club and become a trustee of the Sport Cornwall Foundation, a new foundation seeking to seize sporting opportunities and getting more people into sport. Derek is a key supporter of Brain Tumour Research and, as well as having been the Chair of the Brain Tumour APPG in Westminster, he organises and takes part in the annual Great Western Dog Walk, which for the past couple of years has raised funds for brain tumour charities.

Derek grew up in West Cornwall and after leaving education, completed a Cornish Mason apprenticeship, enabling him to set up his own small construction business. He joined the voluntary sector, working as a development manager for the Mustard Seed charity. In 1997 he set up (and continues to run) Survivealive Youthworks, an outdoor adventure project for young people. Before becoming an MP, Derek served as Penwith District Councillor and on St Buryan Parish Council. At the 2010 general election, he contested St Ives, coming 1719 votes behind the Liberal Democrat incumbent, whom he subsequently defeated in 2015, successfully defending his seat again in 2017 and 2019.

Derek lives in St Buryan with his wife Tamsin and their three young children.