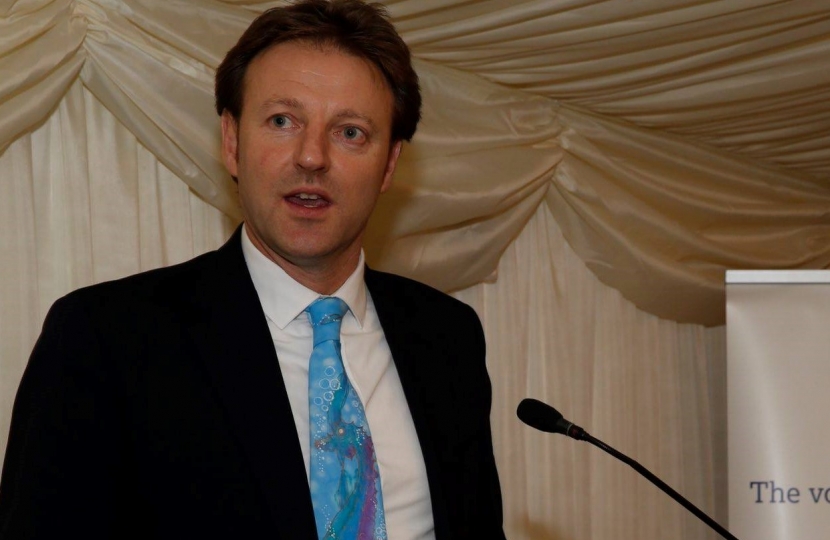 When the Chancellor announced his intention to cut the budget to .5% of Gross National Income I was deeply uncomfortable with the decision and I still believe it is the wrong thing to do. However, I supported the Government’s motion on the back of two promises: to reinstate the .7% as soon as national debt starts to go down and we stop borrowing for day-to-day expenditure and to have the opportunity to work with Government to shift the focus of the aid budget more towards outcomes rather than an arbitrary calculation based on the national income. Returning to .7% I’m told will be sooner than many anticipate due to the rapid recovery of our economy, and greater clarity will be given when the Office of National Statistics release their figures in the autumn. The method we use currently to give money based on annual national income is clumsy as it changes each year and can lead to poor planning and poor value for money.

A better approach is for the Foreign Office to set out a comprehensive medium- to long-term plan to help the world’s poorest people and for Parliament to have the opportunity to scrutinise this on a regular basis. I still maintain that we need to keep the funding at similar levels but this approach gives greater certainty to deliver real transformation for people’s lives and communities. International aid does a lot of good but we could do much better and the UK tax-payer can have more confidence in how their money is used. The Chancellor agrees with this approach but time will tell if this is a ‘vote-winning’ concession or a real commitment to improve on what happens currently.

Gareth Southgate and the England players did a great job on Sunday night and this team has great potential and will entertain us all again before too long. I’m hopeful we will remember the matches themselves and the brilliant performances of our players rather than the unacceptable behaviour on social media platforms. An effective tool in addressing this behaviour is to give it no attention whatsoever - which sadly is not the case this time. People making racists comments have successfully drawn attention to themselves rather than the England players. Another tool is for the rest of us to stop using these platforms altogether unless the digital companies find more rapid ways to close down unacceptable attacks on individuals.

The work to keep the historic Dry Dock in Penzance is well worth the effort and I expect to see more activity as the new company Linked Solutions make known the skills and capability of its workforce and the dock itself. We lack a vision for skilled jobs such as marine engineers generally but I’m confident in saying this is being addressed in both Penzance and Newlyn. The challenge is to attract young people into these jobs and to ensure training is locally available.

I'm yet to meet anyone who thinks it's acceptable that sewage is being discharged along the Cornish coast and it is right and proper that Government requires Southwest Water to monitor and report these ‘storm overflow’ incidents.