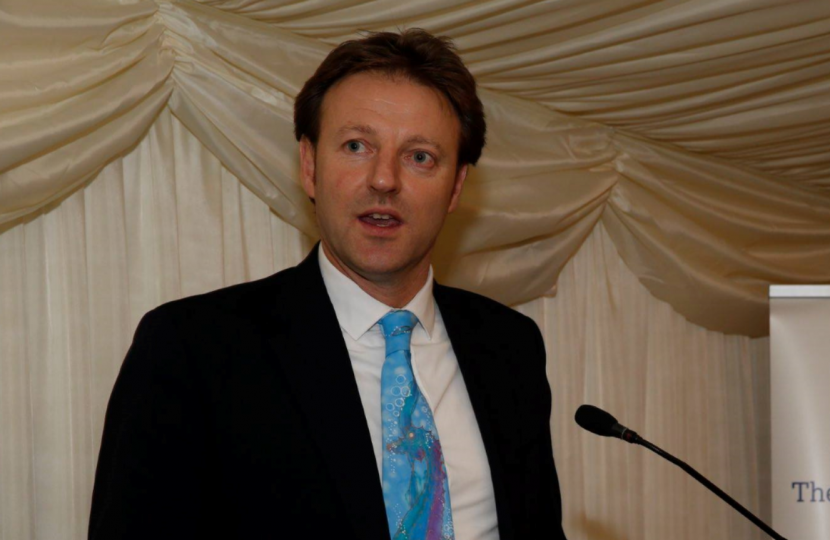 West Cornwall MP Derek Thomas hopes that a new report will bring about rapid improvements in the care of people suffering from a painful and progressive form of inflammatory arthritis which has ‘gone under the radar’. in recent years

Mr Thomas is co-chair (with Lord Campbell-Savours) of the All Party Parliamentary Group (APPG) on Axial Spondyloarthritis or axial SpA (AS), a condition which most commonly affects the spine and can lead to backbone vertebrae fusing together.

Around one in 200 of the UK’s adult population (220,000 people) have axial SpA (AS), twice as many as those with multiple sclerosis or Parkinson’s, and the average age of onset in a patient is just 24 years, meaning that many sufferers have to live with the symptoms for most of their adult life.

“Unfortunately, despite the relatively large numbers of sufferers, axial SpA (AS) has flown under the radar in terms of being under-prioritised and overlooked, not just here in the UK but internationally as well,” he said.

“We held the first meeting of the APPG last March when we agreed to initiate a formal inquiry to look at how key areas of guidance on axial SpA (AS) have been adopted in different areas.

“The resulting report shows there are many serious gaps – only a fifth of CCGs (Clinical Commissioning Groups) have a specific pathway for people suffering inflammatory back pain, only 15%  of CCGs have programmes in place, educating healthcare practitioners about axial SpA (AS) and less than half of the organisations that responded offer specialist axial SpA (AS) clinics.”

To address these failings, the report makes five key recommendations and Mr Thomas is confident that improvements will follow.

“This report offers clear guidelines on how practice needs to improve and will be welcomed by CCGs across the country,” he added.

“Fortunately, our inquiry took place at a time when the emphasis in healthcare is moving away from predominantly diagnosing and treating illness towards an approach that promotes wellbeing and prevents ill health in the first place.

“It is a shocking statistic that there is an average delay in diagnosis of eight and a half years for those suffering axial SpA (AS) – improving the availability of accessible and high quality services will produce enormous benefits both for the individual concerned and the wider health system.”

MP Derek Thomas has hailed the news that more than 40% of people in his West Cornwall constituency have already received a Covid vaccine as ‘an amazing achievement’.