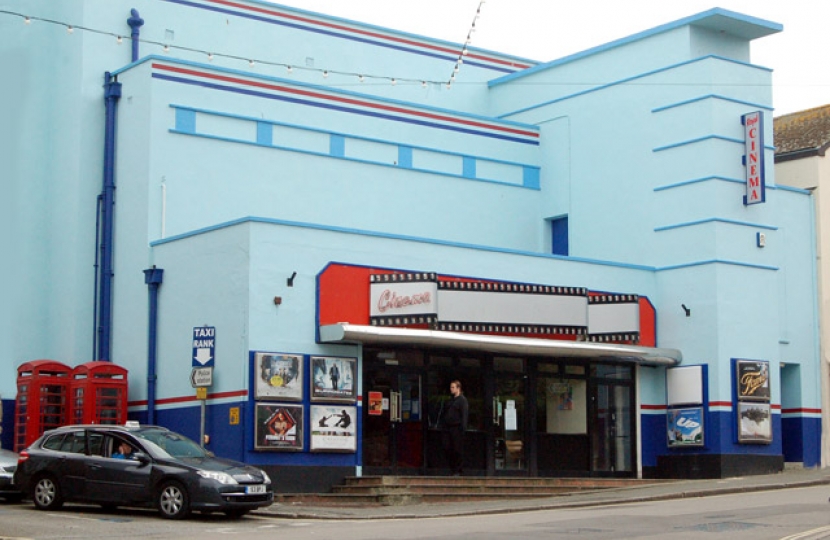 MP Derek Thomas says that a £270k pay-out to four independent cinemas in West Cornwall from the Government’s Culture Recovery Fund will be a lifeline in helping them survive the pandemic.

“These four cinemas are a vital part of the communities they represent and without them, people would struggle to access culture and entertainment – so they are a real lifeline,” said Mr Thomas. “They don’t just screen the latest blockbusters – they also run educational programmes, workshops, arthouse films  and specialised screenings.

“Film is one of the most powerful and accessible of art forms and cinemas are a vital part of our communities - we need to support them in order to keep the art of film and the sense of community alive.”

£14 million in further support will be made available to cinemas through a second round of funding allocated by the BFI early next year from the remainder of the Culture Recovery Fund.

Funding has been held back to allow the Government to respond to the changing public health picture and will support cinemas at imminent risk of collapse before the end of this financial year.