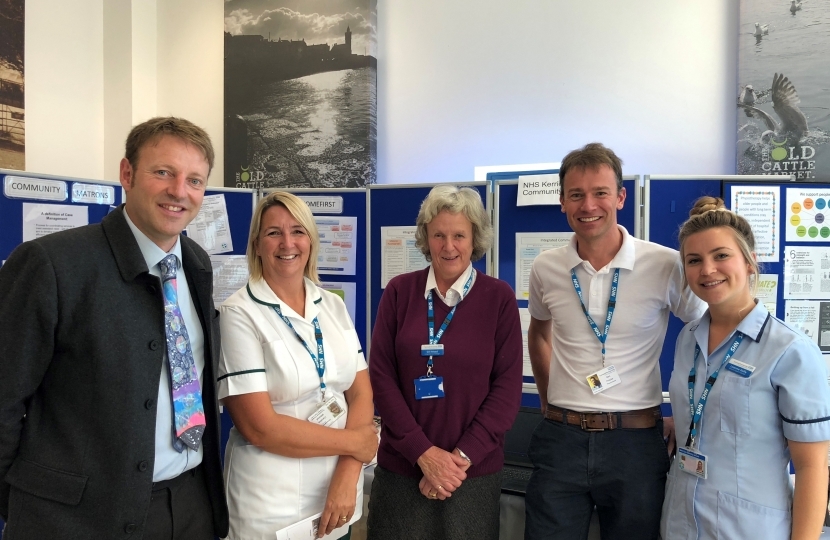 A couple of concerns have arisen following the Trade Bill passing through Parliament and Chancellor, Rishi Sunak’s speech (both 21st July).  One is the perceived risk to the NHS from future trade deals and the other is the apparent exclusion of nurses from newly announced pay rises. I want to address both these issues head on so as to ensure that people have access to the facts and are not misled by politically motivated campaigns.

First, passing the Trade Bill presents no greater risk to the NHS than already exists. The Trade Bill, put simply, allows us to trade beyond December and lets us develop new trade agreements. The NHS is a free to use at the point of use universal service and is strongly protected by UK legislation. A trade agreement or foreign power cannot change UK primary legislation. The Conservative manifesto and numerous public statements by the Government make it clear that the NHS is not, and never will be, ‘for sale’ and trade deals will not erode the UK’s control over our NHS. The House of Commons Library, which produces impartial analysis and research, outlines the issues at hand and addresses the Government’s very firm, unwavering position on this - you can read more here: https://commonslibrary.parliament.uk/research-briefings/cdp-2019-0190/

In terms of nurses pay; I’m glad that people want to recognise the work of nurses and other NHS staff. The response from health and care workers across the board throughout the coronavirus pandemic has been amazing and is something to be celebrated. To recognise this effort and that of other frontline staff, the Chancellor has announced pay rises for nearly 900,000 public sector workers.

However, a number of people have observed that nurses do not appear in the list of workers included in the Chancellor’s announcement. This does not mean their pay is not increasing.

The way pay is awarded in the public sector is complex. Nurses were not listed explicitly in the announcement, because nurses are already set to receive a significant pay rise this year.

This is part of a pre-existing scheme in place for more than one million lower paid NHS workers who will continue to receive pay rises from the Agenda for Change pay deal – a deal I fully support. This multi-year deal has delivered year-on-year pay increases for numerous NHS staff, and as part of this the starting salary for a newly qualified nurse has increased by over 12% and the lowest starting salary within the NHS has increased by over 16%. Nurses who are still moving up their pay structures are set to receive an average 4.4% pay rise this year.

NHS staff included in the Chancellor’s announcement e.g. doctors were not included in the above scheme as the deal was targeted to towards traditionally lower paid roles within the NHS. All NHS staff will get a pay increase this year and nurses are not being excluded from getting pay rises.