MP's column - from Penwith to Parliament 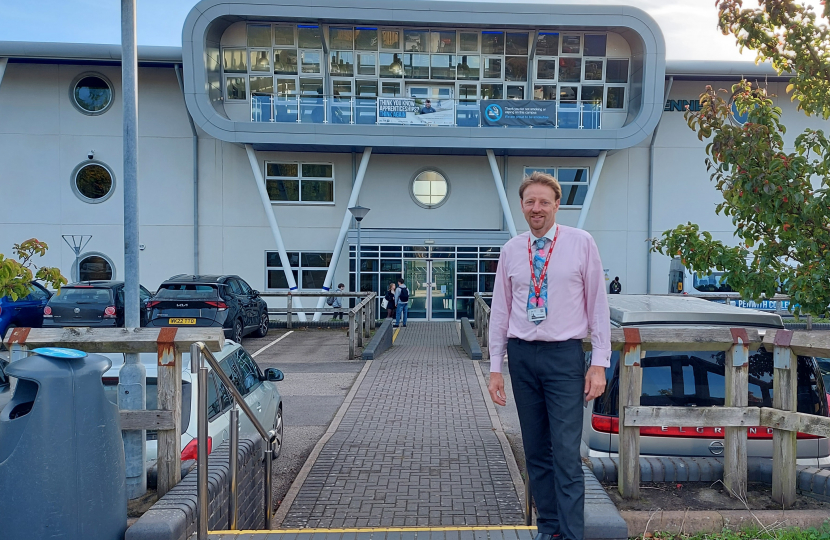 Before I set off for Parliament on Monday, I called in at Penwith College to support College Week.

The college holds a special place in my heart as years ago, as a District Councillor for Penzance Central, I fought tooth and nail to ensure the new facility secured the planning permission and subsequent finances needed to provide the successful college that it is today. The campus we see did not secure the complete enthusiasm of all everyone and I had sympathy for those who lived directly alongside as any development is disruptive and intrusive for a time. However, it is not an exaggeration to say Penwith students were becoming few and far between as the facilities available at the time were under par and we were at risk of losing further and higher education completely in West Penwith.

Every effort by all concerned has been rewarded as thousands of students have attended the college as apprentices, A level students and now degree level students. The continued desire to increase the offer at Penwith College is part of a drive to ensure that people can study and build a successful career close to home, their friends and family. Congratulations to Penwith College for keeping the faith and maintaining an excellent offer here in the furthest south-westerly constituency of the UK.

There is still significant work needed to ensure businesses can offer the skilled well-paid jobs needed to retain these graduates but there is no lack of will across the college, my office and local businesses. So, I’m stumped by Government’s decision to reinstate the 6% increase in corporation tax that had previously been scrapped.

George Osborne cut corporation tax because it is proven to enable and encourage business growth, new jobs, investment in the workforce and revenue for the taxman. Ireland did the same when its economy hit the buffers and has an economy ahead of the Euro Zone and the result is that businesses pay 25% of all tax collected by the Irish Government.

Business owners I know do not object to paying taxes to fund public services. But, for decades, successive Government policy has squeezed businesses, ever increasing the cost of doing business and administration to match. The consequence is that expansion is stifled, productivity curtailed and resources and energy that would usually go into running the business has been sapped. Patience, good will, aspiration, and ambition for many business owners is running low.

Having said this and aware that being prepared to stand for Prime Minister at any time, especially when faced with the most complex of issues for generations, is something that few would contemplate, Conservative MPs need to knuckle down, represent our constituents and support the Government.

This week in Parliament the Environment All Party Group, of which I am a member, launched a 10 Point Plan for Nature and Climate (go to environment.inparliament.uk) and the All Party Group for Healthy Homes, of which I’m vice-chair, set out our plan to secure Government commitments to invest in poorly insulated homes as part of the Government’s Energy Demand Reduction initiative announced by the new Chancellor.

Although there is special interest in the future of the PM outside of the Parliament Estate most of us are carrying on doing the work we are sent to Westminster to do!