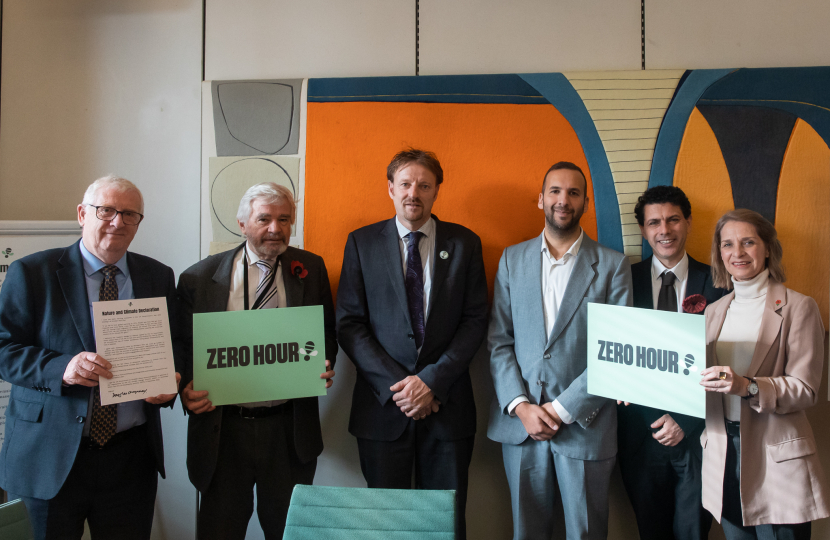 On Monday we kick off National Diabetes Week and Action on Sugar Week.

Some colleagues of mine are vocal in Parliament against what they describe as the Nanny State, believing that Government has no responsibility for the choices people make. I advocate the principle that the state should enable people to live free and full lives but this, in my view, requires Government to highlight the risks people face and how we can reduce them. For example, National Diabetes Week seeks to raise awareness of this horrible condition and give people tools to reduce the risk of diabetes type 2, but it also seeks to raise awareness of how people can live well with a lifelong condition, the work needed to improve treatment and care and how to access the latest devices and advice.

Action on Sugar is targeted at Government and the food processing industry. It is very difficult, especially for households on low incomes, to have control over the levels of sugar in our food because the food processors do very little to reduce the sugar content in their products. The NHS is a treasured institution, but we can’t continue to place increasing demand on the NHS. We need to turn our attention to supporting people to live well and have access to good advice and good affordable nutritious food. I suspect Government will have to intervene on sugar content in the processed food industry despite the objections of some parliamentarians!

Every five years leaders of the countries in the UN meet to ‘ratchet up’ more ambitious commitments towards tackling and addressing climate change. I remember well the Paris Agreement of 2015 as I’d not long been elected to Parliament. At this conference the nations signed a binding treaty to hold global average temperatures to well below 2 degrees centigrade above pre-industrial levels. Glasgow (Cop26) was the next of these five-yearly meetings and was seen as a significant step forward in the battle to keep the average temperature rise to 1.5.

Each year UN nations gather to check progress and receives the latest updates on global temperature rises and the impact on citizens. Not enough progress has been made in the year largely due to energy and food security scares worldwide and the Cop27 conference taking place now is seeking to get back on track and representatives of each nation are negotiating four key areas. These are mitigation (steps to reduce emissions), adaptation (helping vulnerable countries to the impact of climate change, loss and damage (compensation for vulnerable countries and finance (how rich countries will fund developing countries).

This week in Parliament I secured a debate to try to seek consensus around Parliament. What can be done to improve our natural environment, our built environment and how we produce our energy and food leaves no need for contention or conflict, but political point scoring makes the task so much more difficult. The way we behave between political parties in relation to climate change also confuses the general public to such an extent we have no idea what is happening, what should be happening and whether caring for the world we live in is a priority at all! The debate simply seeks to clarify what we have all previously committed to across parliament and gee up the Government to move a bit more quickly!

The Prime Minister said on Monday at Cop27

“The world came together in Glasgow with one last chance to create a plan that would limit global temperature rises to 1.5C. By honouring the pledges we made in Glasgow, we can turn our struggle against climate change into a global mission for new jobs and clean growth. And we can bequeath our children a greener planet and a more prosperous future. That’s a legacy we could be proud of."

Debates such as the one this week, the Climate Focus events I host each month and the work to introduce lessons in schools all play a small part in meeting this commitment.

I fully appreciate that there are more pressing matters closer to home than what world leaders are discussing in Egypt, and I continue to do what I can to make myself available as often as possible. The easiest way may be my ‘drop-in’ events for anyone to raise a concern or idea. On Friday I’m in Helston, Leedstown and Lelant, and on Saturday I’m in Penzance in the morning and St Ives in the afternoon. Call my office for more details: 01736 363038. These are really designed to give you an easier opportunity to raise a concern.