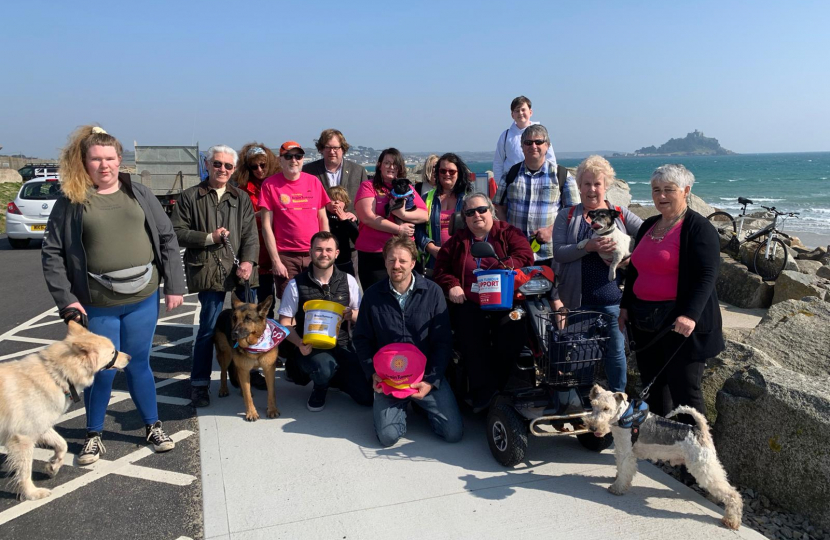 The Chancellor’s Spring Statement included several measures to help families on low incomes and small businesses. It is obviously unrealistic to believe that the Government can mitigate every aspect of the increased cost of living and energy bills in particular will squeeze household spending - not only on less essential items but also routine purchases. The Chancellor would do well to look at what other measures can be done to bring security into areas such as food and energy. If done well these could be fairly quick to implement and have a lasting impact. One such measure could be to inject direct support for fresh food production in the farming sector in such a way that farmers feel confident in investing in long-term food production, and another way would be to ramp up the installation of solar and battery technology on people's homes and other buildings. Insulating homes and public sector buildings is also necessary and helpful but the Government must learn from previous mistakes that have cost a lot but delivered minimal impact.

On Tuesday, as I walked into Parliament, I passed the police, media and various officials preparing the area outside Westminster Abbey for the thanksgiving service for Prince Philip’s life. I was struck by the poignant atmosphere accompanying the activity recognising that Prince Philip was held in such high esteem during his life. It also seemed to me that all those involved in the logistics surrounding the thanksgiving service were motivated by respect and compassion for Her Majesty the Queen and were there do a good job! For those who watched the service I think there was a sense of closure as images of the Queen sat alone during Prince of Edinburgh’s funeral service left a sense of unfinished business and a service to mark Prince Philip’s passing falling short. Tuesday’s thanksgiving service honoured wishes the Duke of Edinburgh set out for his funeral service which were scuppered by covid and remind us of the incredible contribution members of the royal family make to all corners of the UK and Commonwealth in particular.

Also, on Tuesday the Met Police stated that 20 fines were to be issued to individuals involved in gatherings during lockdown periods. The investigation continues but it would be helpful for it to be concluded soon so that the Sue Gray report into what occurred in Government Departments and No 10 during times of severe restrictions can be published in full. Almost all Conservative MPs had no knowledge or involvement in the gatherings but understandably we all caught in the thick of it so a conclusion would be helpful, if only to enable us to continue to fully focus on doing the job we are elected to do.

Despite the uncertainty facing many businesses I’ve met several companies here in West Cornwall who are increasing their staff and want to offer training and skills to new employees. The problem facing both young people (in particular) and the companies is the lack of training opportunities here in Cornwall. The obvious alternative is to ‘import’ this labour, but company bosses would much rather offer jobs and training to local people looking to get a more skilled and better paid job. Business raising this are involved in space, marine engineering, construction, renewables, communications, hospitality to identify a few! This is as good a method to ‘level-up’ as any and already I’ve met with education providers to see what can be done to increase the training opportunities in Cornwall. If this is a challenge or issue for you and your company, please get in touch at Derek.Thomas.mp@parliament.uk.

On Friday I welcomed the Secretary of State George Eustice MP, to speak to the farming community across West Cornwall. I’m well aware of the severe challenges farmers are facing with the combination of high energy and fertiliser costs and changes to the way tax-payers money is used to support our farmers adding more pressure in the mix. This week George is set to announce a series of measures to try and ease the pressure and help create confidence for farmers to continue to put seed in the ground and raise livestock. If they don’t the pressure on food supplies and security will only increase next year.

Time is running out for those who want to take part in the consultation on how we can build a vibrant and sustainable fishing industry. This consultation and plan for fisheries development is made possible by the UK leaving the EU and legislation I supported enables the creation of the UK Fisheries Policy and Joint Fisheries Statement which is now under this consultation. The resulting fisheries management plans will set out the rules for ensuring a sustainable and well-managed fishing across all UK waters and foreign vessels with permission to fish in our waters are equally subject to these rules. The consultation ends on April 12 so please take part.