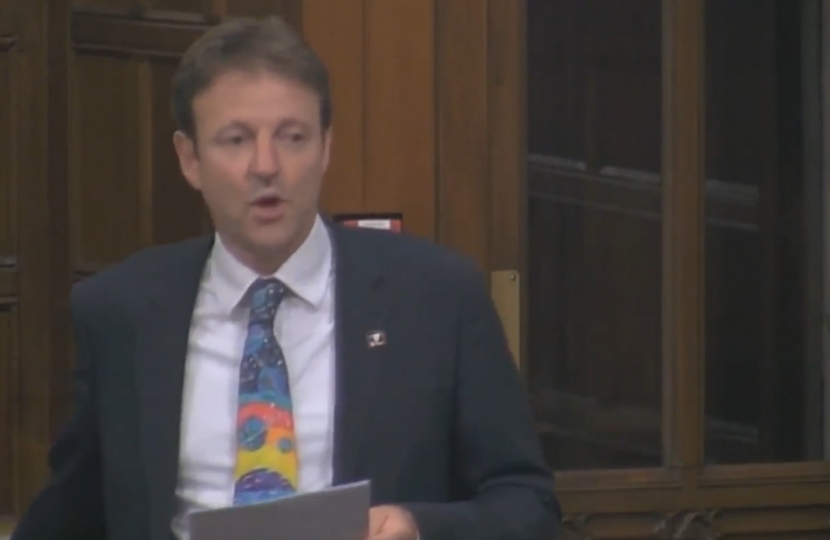 2021 will be remembered for various reasons - for many these memories are painful.

Something we are celebrating this year is the 100th anniversary of insulin. This discovery, used to manage the condition of diabetes patients, has saved vast numbers of lives and enabled people to have a reasonable quality of life. Prior to insulin you died if you had type 1 diabetes. As Chair of the Parliamentary Group for Diabetes I have the privilege of working closely with people who have diabetes, NHS commissioners, clinicians and medical health companies.

Since 1921 research has improved the way we use insulin and technologies such as insulin pens, insulin pumps and flash and continuous glucose monitors have dramatically improved the daily lives of people managing their condition. I remember the immense relief and satisfaction when the NHS agreed to fund Flash Glucose Monitors (FGM) following a series of meetings we had with Ministers and NHS funders. An FGM works as a patch on your arm and records in real time the glucose levels in your blood giving much better control over day to day management of your condition and accurate data to the GP/diabetes nurse. There are still large numbers of diabetes patients who have not got an FGM but many have and another great result recently was that these are now available to some with type 2 diabetes. Whilst these developments have enabled people to live lives more freely we are yet to see a major breakthrough in the treatment of type 1 diabetes. This could be just around the corner with emerging research on immunotherapy which could prevent type 1 diabetes.

In our meeting on Tuesday we heard from Diabetes UK as they tracked the development of treatment over 100 years, from clinicians who are close to the development of immunotherapy, a patient who spelled out how these developments help him and the lead on diabetes for the NHS who explained how he was working to improve access to treatment and therapies. You can find out more by searching for the Diabetes APPG website.

As Michael Gove, the new Secretary of State with responsibility for housing revises the Government’s proposals I secured a debate to set out the significant pressure on housing across Cornwall and Scilly and what this actually means for residents. The housing pressure is not a new thing but has got a whole lot worse recently.

In previous debates and meetings with housing ministers I’ve pressed for intervention to support people who need to rent or buy a home. This time I pressed for much greater intervention and set out a number of policy ideas that would ease the situation. These include using cash rewards payable to local builders on completion of homes for families on the waiting list. Also a change in planning so that all new homes were only available as a principal residence and not available as a holiday let or bolt hole. This would reassure people that house building really will strengthen communities, the local school and post office Measures I set out include a license requirement for owners of properties wanting to switch from a permanent residence to a holiday let, Airbnb or bolt hole. The point being that the impact of this switch must be considered before a license is awarded. Council tax should be paid on all properties intended for living in helping to fund policing, parish and town councils and the taxpayer (whose taxes are currently used to refund local authorities for lost council tax revenue). A novel idea is for incentives to be made available to landlords and tenants to enable tenants to purchase the property they live in.

I stressed the need for Government to reaffirm its commitment to home ownership and to encourage Cornwall Council in particular to engage with other models of delivering homes for families such as rent-to-buy. This model allows people to rent at an affordable rate and have the opportunity to buy the property when they can afford to.

Government reform of the current legislation will not come soon enough so I’m relieved that there has been a dramatic gear change since May this year as the new Conservative Administration at County Hall, council leaders and MPs have tackled the housing shortage we see. The Portfolio Holder for Housing, Cllr Olly Monk, has launched a strategy which is currently under consultation. Included in this is a commitment to bring forward sites and provide modular private rented homes for keyworkers and local people in towns. After years of pressure from me, there is a renewed emphasis on bringing more long-term empty homes back into use. The Council plans to increase the share of affordable housing provision on exception sites through the use of grants and critically the Council wants to re engage with small and medium-sized developers to find and develop land.

Another bug-bear of mine has been the sheer number of planning proposals that have approval but are yet to be built. The Council intends to work with Government to secure funds to help unlock large developments that have planning permission and explore the conversion of vacant buildings in town centres to provide more homes and bring back into use derelict sites.

Another great topic worthy of our attention is the conservation of our oceans which has been a hot topic in recent weeks in Parliament. On Thursday Cherilyn (my Truro and Falmouth colleague) and myself were elected as the joint-chairs of the Ocean Conservation Parliamentary Group. This group is supported by Surfers Against Sewage so it is a great joy to keep Cornwall leading the charge on this critical priority.

A recent finding that Surfers Against Sewage and their vast army of volunteers can take most of the credit for is the study that revealed rubbish on Britain’s shores has dropped to its lowest level in 20 years. The Great British Beach Clean found that litter on the beach has reduced by a third which can be credited to less rubbish finding its way on to the beach (plastic bags found reduced from 13 in every 100m in 2013 to 3 this year) and the army of volunteers beach-cleaning all year round. Great effort everyone!