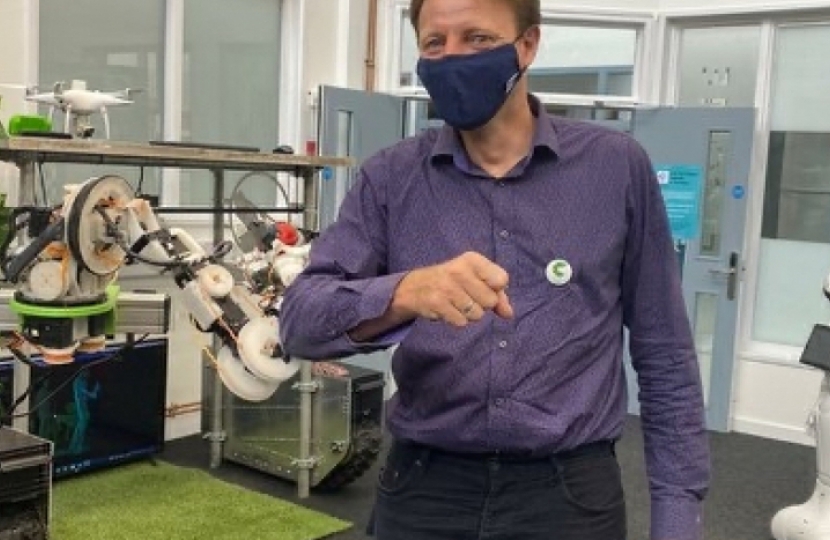 It is safe to say that our very own G7 Summit went extremely well and even the weather played its part when needed. I’ve heard so many reports of how positive and engaging the police men and women were and this was certainly my experience. I would imagine many found great delight in asking the police for directions knowing full well that most had travelled great distances and were the first to admit knew very little of the area. The police did us proud as did the many people who played vital roles behind the scenes to ensure the world leaders and their ‘staff’ were able to go about their work. I was privileged to meet many of the civil servants and special advisors and they all remarked on the beauty and special nature of our small corner and the friendliness of local residents.

Another treasure of the Summit was Cornwall House which housed the best of Cornish innovation and opportunity in Falmouth for the benefit of the media. I met the team behind the gadget that captures microfibres from clothes washing, robots designed to map the quality of soil and harvest crops, the spaceport developing the capability to launch low orbit satellites to monitor climate change, deforestation and illegal fishing and I met the team planning to build offshore wind platforms in the Celtic Sea. The Summit also raised the profile of lithium extraction from former tin mines and spelt out in greater detail how we can create well paid skilled jobs and a strong local economy alongside our tourism offer.

In the most part the many protests that occurred took on a festive feel and I hope that, as greater detail emerges around the Carbis Bay Declaration, we can all feel that the G7 Summit galvanised the global response to perhaps the greatest challenges facing world leaders since the Second World War.

The Carbis Bay Declaration is a drum I will beat in Parliament. The commitment to prepare better globally against future pandemics, to provide education to an additional 40m girls in five years and drive an agenda for effective mitigation of climate change, jobs growth and global health is something we can all rally behind and we, as the hosts of the Summit, have reason to press for greater detail and effective action in these critical areas.

In 2019 the towns of St Ives and Penzance were invited to draw up Town Investment Plans and these plans were submitted to Government early this year following weeks of debate, discussion and consultation across businesses, voluntary groups, elected representatives and local residents. Last week the Prime Minister announced nearly £20m to deliver our Town Investment Plan in St Ives and £21.5m to deliver the plan for Penzance. In Penzance this figure adds to over £10m for town centre regeneration and a similar amount of money for West Cornwall Hospital. This week we completed our Levelling Up Fund submission for the Isles of Scilly with an ask of nearly £50m to replace the passenger and freight vessels and enhance the infrastructure serving this seagoing lifeline. We now wait to see if our case is watertight!