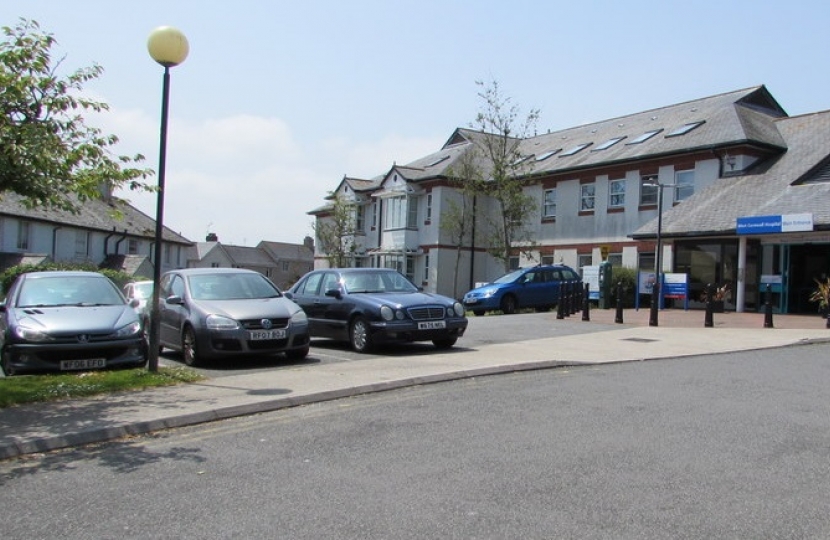 Confirmation that the future of a small but important part of the core West Cornwall Hospital (WCH) site in Penzance will be decided by local health bosses has been hailed by MP Derek Thomas as putting a “welcome end to ongoing uncertainty”.

In 2019, it was announced that the hospital would receive around £8 million of investment to build a new Out-Patients Department, which along with a new CT scanner, X-ray equipment and other improvements, will help to make  West Cornwall a serviceable, fit-for-purpose acute hospital through to the end of the century.

However there have been ongoing concerns that, in order to meet a national NHS policy requirement to reduce total property holdings, the old Outpatients department might have to be sold off by NHS Property Services.

“The old Outpatients occupies quite a small site – worth about £300,000 – but it is an important and intrinsic part of the hospital which could be re-purposed and put to good use in future years to provide other services,” said Mr Thomas.

“I first raised this with the Prime Minister when he visited WCH about 18 months ago and also with the Department for Health & Social Care in the intervening period and now the Health Minister, Edward Agar, has confirmed, after checking with NHS Property Services, that the site is owned by the Royal Cornwall Hospitals NHS Trust (RCHT).

“As a result, the Minister says, it will be for the Trust to determine whether there is an ongoing use for this land or whether it will be sold to realise capital for reinvestment into its estate.

“I am very grateful that the Minister investigated this at a time when there is so much on his plate – it means that decisions on how services WCH should look in the future will rest solely in the hands of health professionals in Cornwall and I am sure that local campaigners will be making a very strong case that the site is retained.”