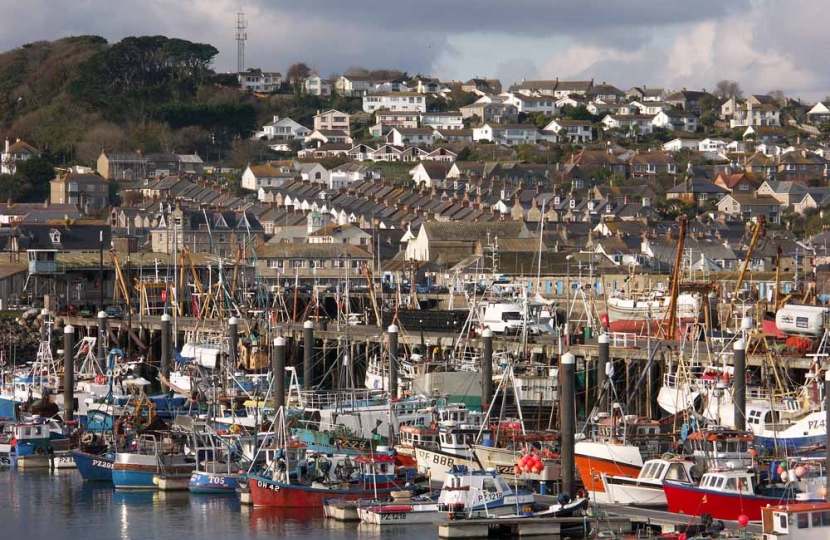 West Cornwall MP Derek Thomas has welcomed the inclusion of Newlyn as a ‘designated port’ for fish and crustacean landings by the North East Atlantic Fisheries Commission (NEAFC).

Having been contacted by both the Newlyn Harbourmaster and the Cornwall Fish Producers Organisation (CFPO),  Mr Thomas has been lobbying for the designation for several months, raising the issue in a parliamentary speech and in conversation with DEFRA ministers.

Mr Thomas said the designation would ‘tidy up loose ends’, taking away any uncertainty.

“While I do not believe vessels will ever be prevented from landing in the port, the inclusion of Newlyn on the list of designated ports will take away any concerns on this point as well as reducing the amount of red tape,” he said.

“In recent months, DEFRA has been negotiating to designate several UK ports under the North East Atlantic Fisheries Commission (NEAFC) Protocol and I am delighted that Newlyn is now one of these ports.

“As an independent coastal state, it is vital that we do everything we can to ensure that our fishing industry and coastal communities such as Newlyn thrive and prosper.”

The other South West ports on the NEAFC list (which covers 33 countries which fish in the North East Atlantic) are Falmouth, Brixham and Plymouth.