Eateries boosted by Eat Out to Help Out scheme 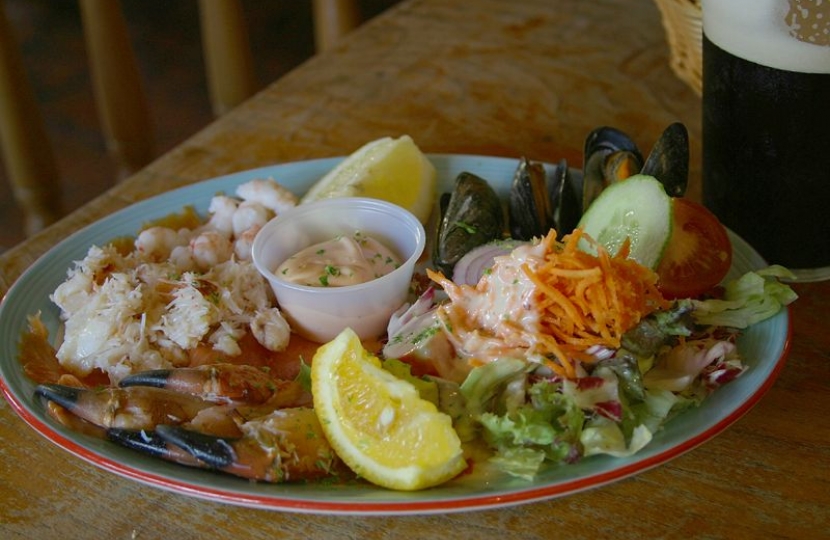 West Cornwall MP Derek Thomas has welcomed news that more than 1.1 million meals – almost a quarter of them from West Cornwall - were claimed in Cornwall under the government’s Eat Out to Help Out scheme.

Out of 84,700 eateries which signed up to the scheme across the UK, 195 of them were in West Cornwall or on Scilly, resulting in 250,000 discount meals being claimed in the area.

Indeed, Cornwall was one of the leading beneficiaries of the scheme in terms of restaurants registered (988), meals claimed (1.17 million) and discount claimed (over £6.6million).

Data from OpenTable shows bookings increased by an average of 52% on Mondays, Tuesdays and Wednesdays throughout the whole of August, compared to the same days in 2019.

Eat Out to Help Out was just one part of the government’s Plan for Jobs, a £30billion strategy to create, protect and support jobs to help the country bounce back from coronavirus - the government will also continue to support the hospitality industry with a temporary discount to VAT, from 20% to 5%, until 12 January 2021.

Mr Thomas said: “These figures show that Eat Out to Help Out has been a great success, helping to protect and create jobs through the pandemic, and I am glad that both the eateries and the customers have used the scheme so enthusiastically.

“I am now going to asking the Chancellor to introduce a similar initiative in January and February, benefitting local people and when pubs and restaurants in West Cornwall face their most challenging period.”

To comply with Government guidance on coronavirus, the Office of Derek Thomas MP has taken necessary measures to reduce risks to staff and the public. More information can be found in the attached documents.