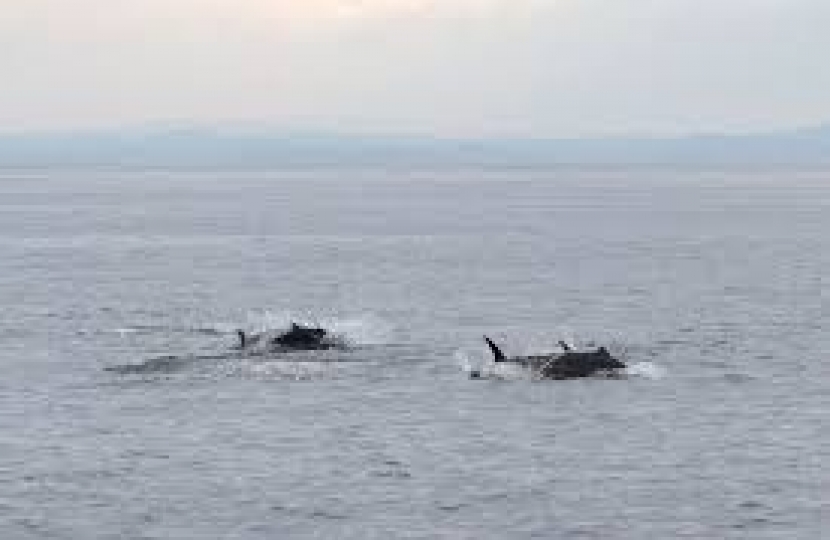 Derek Thomas has teamed up with a fellow West Country MP to call for Ministers to approve a catch and release fishery for bluefin tuna to help boost the recovery of seaside communities.

Mr Thomas and Luke Pollard, Labour MP for Plymouth Sutton and Devonport say the Government should pilot a science-led project that would allow for these fish to be caught, studied, tagged and then released back into the wild.

“This new fishery would give a new selling point in an industry that is worth more than commercial fishing to the UK economy.

“Having worked with Cornish charter boat operators on this issue I know they would seize the opportunity of being able to participate in a catch and release fishery for Bluefin Tuna.

“It could be a real tourism boost for Cornwall and Devon. I know plenty of charter boat operators in Penzance and St Ives in particular that would welcome this chance to trial this science-led project here in the West Country.”

Blue fin tuna are now coming back into south west waters in increasing numbers and Ministers will soon decide whether to grant fishing licences to catch these fish.

The two MPs say that instead of catching the fish for food consumption there should be a special catch and release fishery created to enable better scientific understanding of why south west waters are seeing an increase in this species of tuna.

This catch and release pilot would also support the environmental recovery of Bluefin numbers that are still classed as endangered due to past overfishing.

Blue fin tuna are the largest tunas and can live up to 40 years. They migrate across all oceans and can dive deeper than 3,000 feet.  They can grow to between 6 and 10 feet in length and weigh up to 1500 lbs or 700kg.

Bluefin Tuna have high survivability and are able to survive being caught and so can be released back into the ocean providing a boost to south west tourism businesses as well as providing scientists with more data about this species’ increasing presence in south west waters.

Mr Pollard and Mr Thomas have both lobbied DEFRA on the issue and Fisheries Minister, Victoria Prentis MP, is currently considering whether to approve the first catch and release fishery for Bluefin Tuna in south west waters.