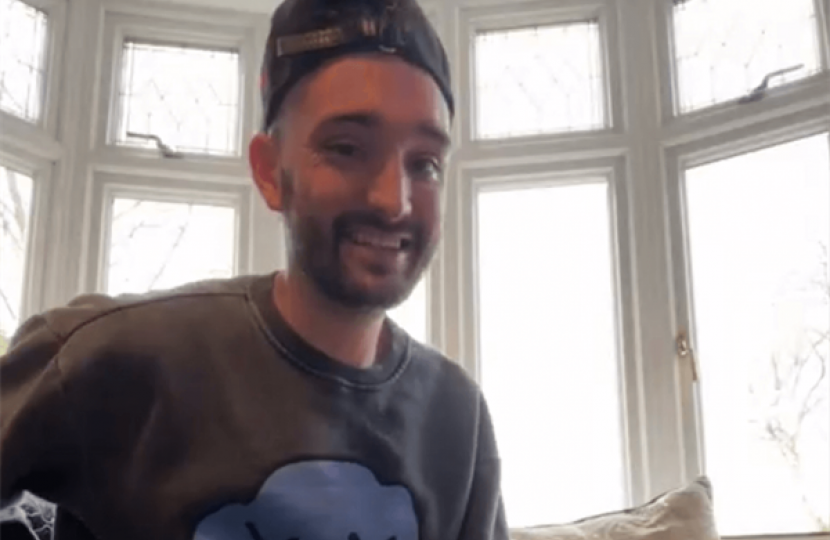 Derek Thomas has held another meeting of the All-Party Parliamentary Group for Brain Tumours, this time to introduce The Wanted singer Tom Parker to MPs and peers to raise awareness of the issues facing people with brain tumours.

All-Party Parliamentary Groups (APPGs) are an important part of Parliament, allowing MPs from across the House of Commons to work together on important issues with charities, experts, businesses and other stakeholders.  The APPG on Brain Tumours works to raise awareness of brain tumours in order to improve research, diagnosis, information, support, treatment and care outcomes.

Tom Parker movingly described how his life had been affected by glioblastoma multiforme (GBM), and the “truly horrific” nature of the chemotherapy and radiotherapy treatment.  Tom has joined Derek’s campaign for more funding into brain tumours, which, despite killing more children and adults under 40 than any other cancer, only receives 1% of the national spend on cancer research.

“I’m staggered they can find a cure for COVID-19 within a year but can’t find better treatments and ultimately a cure for brain tumours for decades on end.”

Other members of the brain tumour community shared their own moving stories, including Charlie Sharpe who explained about the impact of his own treatment, Holly Roberts who spoke about the tragic death of her son Larsen, and Nicki Hopkins who sadly lost her husband Dave to a GBM just a matter of weeks ago.

But there was good news at the meeting as well.

Dr Nicky Huskens, Director of the Tessa Jowell Brain Cancer Mission, gave an update on their Centres of Excellence Programme, launched at a previous meeting of the APPG, and gave MPs an update on how they are sharing best practice on the treatment of brain tumours.

Sue Farrington Smith, Chief Executive of Brain Tumour Research, described the work that had been done on the “Pathway to a Cure – breaking down the barriers” inquiry which the APPG has been leading, in order to scrutinise the government’s progress and gather further evidence from clinicians and patients.  This report will give key recommendations to government on giving parity with other cancers such as leukaemia and breast cancer.

“Today’s session was not an easy one to listen to – we had a really powerful time of hearing from those who have brain cancer themselves, and have had family members with brain cancer.

“But it has given me and the politicians, from every party, the incentive to carry on pushing for change, and making sure that research into brain tumours is a top priority.”