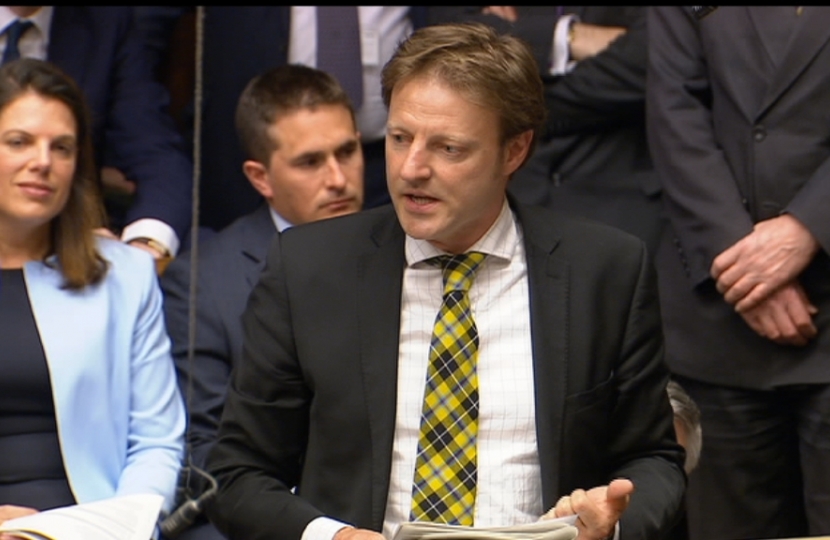 West Cornwall MP Derek Thomas says he is ‘absolutely delighted’ that he has been voted on to the prestigious Environment, Food and Rural Affairs select committee.

One of five new MPs to be added to the committee, along with fellow Cornish MP Sherryl Murray, Mr Thomas said: “If we are to meet out climate change obligations, looking after and enhancing our natural and marine environment must be a top priority so I am absolutely delighted to have won the backing of enough fellow MPs to sit on this committee.

“This year, three key pieces of legislation will be passing through Parliament – the Environment Bill, The Agriculture Bill and the Fisheries Bill.

“The Environment Bill will not only look to improve air and water quality, tackle plastic pollution and restore wildlife, it will also create a new governance framework so that environmental factors are considered when drafting any new piece of legislation.

“The Fisheries Bill will ensure that fish stocks are fished at sustainable levels, gives the UK power to operate as an independent coastal state and guarantees it will quit the EU Common Fisheries Policy in December after which time foreign vessels will have to be licensed if they fish in British waters.

“And the Agriculture Bill will provide a radical rethink of farming practice, rewarding farmers for providing services for society like clean air, clean and plentiful water, flood protection and thriving wildlife while also recognising the need to regenerate soil.

“I believe all three pieces of legislation have the potential to make a massive, positive impact on our lives in the way we go about tackling the climate crisis and creating the sort of environment we want for future generations but we need to get the legislation right.

“The select committee will hold inquiries, interview key witnesses both inside and outside parliament and present influential reports to Government which will give them a fresh and independent view as they frame the legislation.”