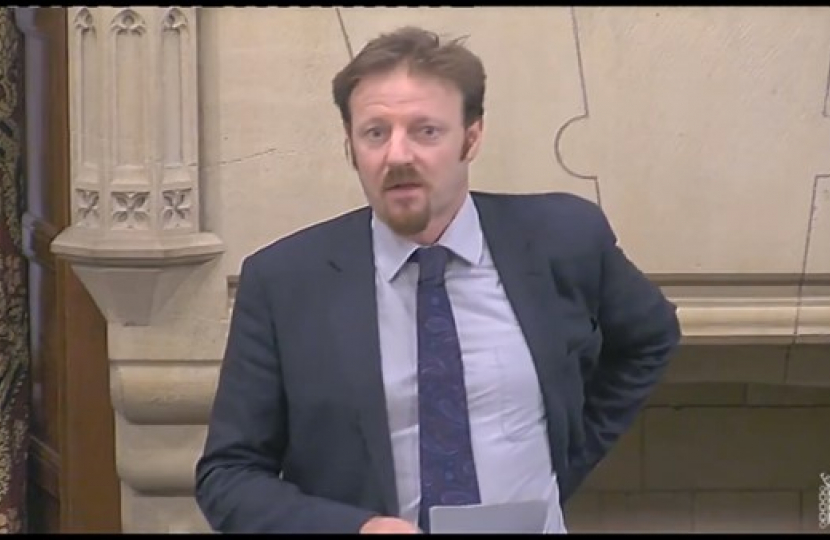 Green MP Caroline Lucas brought a debate in Westminster Hall to highlight the place of fossil fuels at the heart of climate and cost of living crises - and how insulating the nation can solve both.

Westminster Hall debates give backbenchers an opportunity to bring concerns to Parliament, and a minister – in this case, the Minister for Energy and Climate Graham Stuart – has to respond to their concerns.

The debate gave Derek the opportunity to continue his campaign for retrofitting homes, which is of vital importance for his constituency.

“Everyone here, as well as the Government, knows that an effective way to reduce demand for fossil fuels, reduce both cost of living pressures and the demand for energy more generally is to improve the efficiency of our homes. I represent St Ives and when I was elected as an MP in 2015 I was told I had the leakiest homes in the UK, possibly in Europe.

“Part of my constituency is the most expensive place to live in the country because of the energy used and its cost, so this is urgent. I have raised that a number of times during my time as an MP, and I believe the solution is nowhere near as difficult as we make it out to be.”

Derek used his speech to make practical demands of the Government, including:

In his response, Graham Stuart thanked Derek for his “practical, focused, real and honest engagement with the challenges” and agreed to pursue the matters he raised with officials in the Department for Business, Energy and Industrial Strategy.

“Fuel-poor homes hold back attainment, contribute to poor health, and, above all, are extremely wasteful.  Poor insulation, as I have shown, even contributes to the housing crisis by taking homes out of the rental market.

“I have campaigned on behalf of the leaky homes in Cornwall since I was elected, and it is now more urgent than ever.

“I am pleased that the Government took my remarks on board, and is, I believe, genuinely committed to improving the energy efficiency of our homes.”

Parliament has been busy with the issues that are not easily resolved! The Prime Minister set out his approach to bringing an end to the channel crossings by immigrants and we were reminded the following day why this is necessary as a further 4 people drowned.