Why voting Conservative is good for high streets! 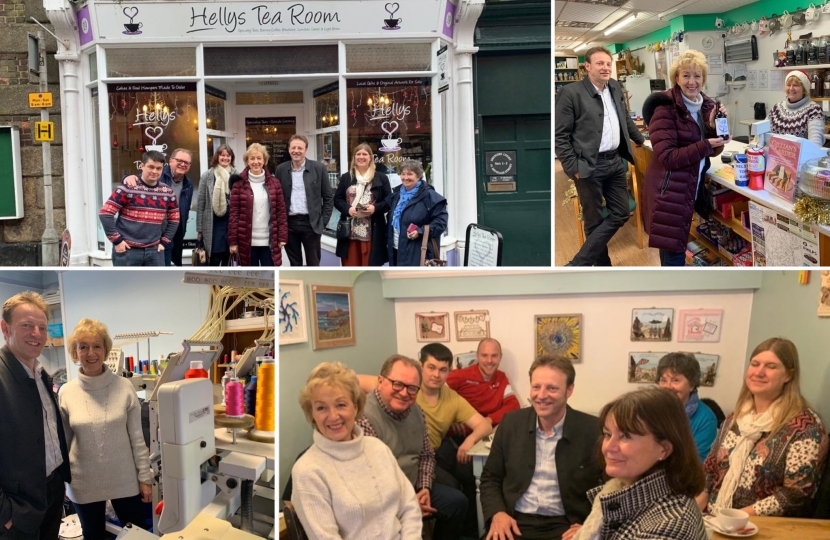 It was fantastic to have Secretary of State for Business, Energy and Industrial Strategy, Andrea Leadsom, in Helston over the weekend, especially fitting given that it was Small Business Saturday. We spoke to local business owners and managers about Conservative plans to cut business rates and invest in our high street. There was lots of support for our proposals, especially reducing business rates, which are one of the top concerns of British businesses. A Conservative majority Government will launch a fundamental review at our first budget, consulting widely. We will reduce the overall burden of business rates as part of this review.

Indeed, new analysis found that the average shop in the South West will save over £7,200 in business rates from next April under a turbo-charged retail rate relief:

How business rates are to be cut for shops across England:

“Local shops are at the heart of our communities, but have faced tough competition from the rise in online shopping. We will cut taxes on local shops – so they pay less in business rates, reduce job taxes and make it cheaper to do up their properties.

“A Conservative majority government will get Brexit done immediately, and unleash Britain’s potential. We will stand up for the parts of our county and community which have been left behind.”

Buses that work for you

I’ll work to ensure the extra £23.5m from Government allows passengers to get to and from work and take journeys that modern life determines for a price they can afford on our buses.

I strongly believe we can continue to make Cornwall, West Cornwall and the Isles of Scilly a greener and healthier place.