We must do more to tackle plastic pollution 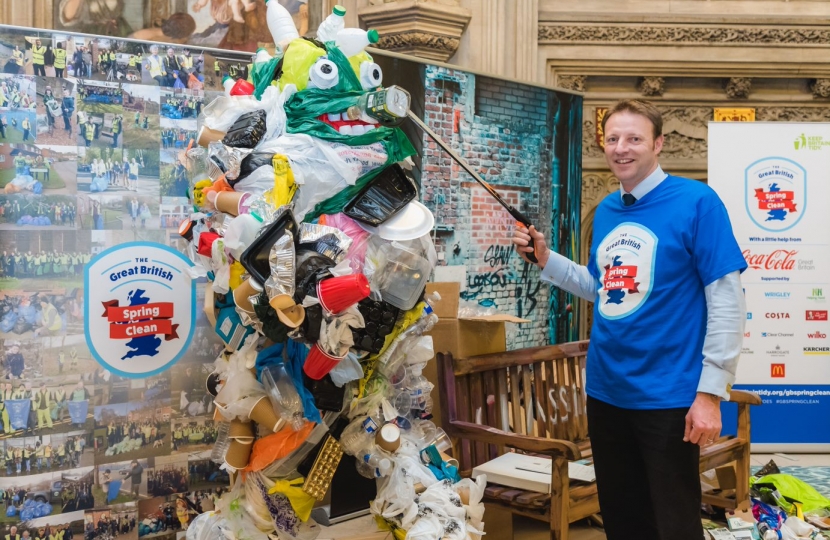 West Cornwall MP Derek Thomas has called for the Government to take urgent action to reduce the amount of plastic pollution.

Speaking in a Westminster debate on the issue, Mr Thomas said the Government should incentivise innovation and accelerate plans to ban use of unnecessary single use plastic, particularly by retailers and supermarkets.

“If there are people, as there are in Cornwall, who are determined to reduce their use of single-use plastic in particular, they must be allowed to do that,” he said.

“They must be able to buy items and products that are not unnecessarily wrapped.

“We need legislation—I hope that we will do this through the Environment Bill—to ban unnecessary single-use plastic.

“That is the only way we will get businesses to really respond and urgently develop the alternatives. We also need legislation to ensure that all remaining plastic that is necessary … can be recycled.”

During his speech Mr Thomas drew attention to the good work being done in his constituency to reduce plastic.

He praised the efforts of Penzance in becoming the UK’s first plastic-free town, the ‘amazing’ work of Surfers Against Sewage in highlighting and fighting the ever-increasing amounts of plastic on the county’s beaches and the Isles of Scilly, where work to eliminate plastic litter, rubbish and rats on off-islands had resulted in the return of the Manx Shearwater in healthy numbers.

He related his shock at finding out the amount of plastic to be found in a bucket of sand at an eco-fair at Nancledra School and cited the example of Thornes’ greengrocers in Penzance in their move to ban single-use plastics.

“If Thornes can do it, it must be possible for supermarkets to take greater measures than they already do.”

Mr Thomas also called for the greater use of technology to tackle the problem, advocating the uptake of appliances like the UK-produced HERU (Home Energy Resource Unit), a household appliance which takes items such as nappies, coffee cups and, plastic packaging, incinerates them and thus generates energy for the home.