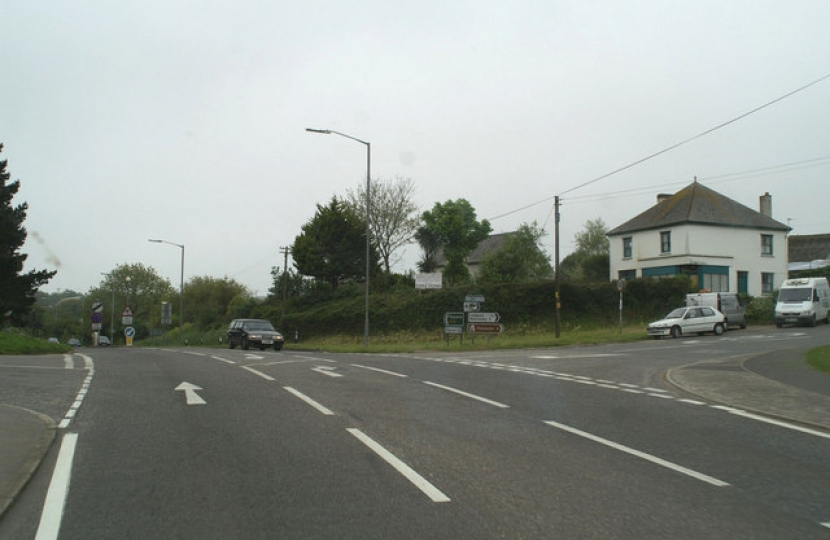 MP Derek Thomas says he is encouraged that a ‘united effort’ is underway to ensure that West Cornwall enjoys improved road links despite recent disappointments.

Mr Thomas has been campaigning since first being elected as an MP in 2015 both for improvements to the current A30 between St Erth and the Newtown roundabout as well as for the dualling of the A30 between Camborne and Penzance to include a bypass for Crowlas and its neighbouring communities.

In recent months, however, there have been setbacks: last year, agreed work to introduce a 30mph speed limit through Crowlas was put on hold while a new report into traffic in the village was launched and a couple of months ago, hopes that a major trunk road project to upgrade the A30 from Camborne to Penzance would be included in the latest Road Investment Strategy were dashed.

However, speaking after the latest of regular meetings he hosts with Highways England, Cornwall Council transport chiefs, local councillors and members of the Crowlas Bypass Now campaign group, Mr Thomas said he believed there was light at the end of the tunnel.

“It is very disappointing, if understandable when you look at the bigger picture, that West Cornwall seems to be the forgotten man when it comes to major road improvements,” he said.

“However, the positive news from this latest meeting is that we are all agreed on a plan of action.

“Regarding interim measures to improve road safety in Crowlas, the work to introduce the 30mph speed limit will go ahead and Highways England are trying to identify ways of getting it done this year.

“At the same time, we now have the 2019 report commissioned by Highways England which puts forward a range of options on how the negative effects of the traffic in Crowlas and Ludgvan can be reduced. The next step is to discuss these options and put together a package of measures for funding approval.

“With regard to the A30 from Camborne missing out on being included in the Road Investment Strategy (2), Highways England told us that it was a very close decision and that it should be near the top of the pile when it comes to deciding on the next round of major road projects.

“In the meantime, we have committed as a group to put together a Case for Action which I believe will put forward an unanswerable case for why West Cornwall needs a much improved road link with the rest of the country.

“Progress on these projects is slow but I am encouraged by the fact that we are united in our efforts to make life more bearable for the long-suffering residents of Crowlas and its adjoining communities who have, for far too long, had to put up with living alongside or near a road which is carrying a volume of traffic for which it is not designed.”

Simon Elliott, the Cornwall Councillor for the area, added: “It is clear that the current situation for residents living along the road is intolerable and I have joined Derek in calling for safety Improvements to be delivered with the utmost urgency.

“As Penzance grows, with some of the large housing allocations now moving into the planning phase, it is imperative that a more permanent solution must be found before the A30 grinds to a halt.”