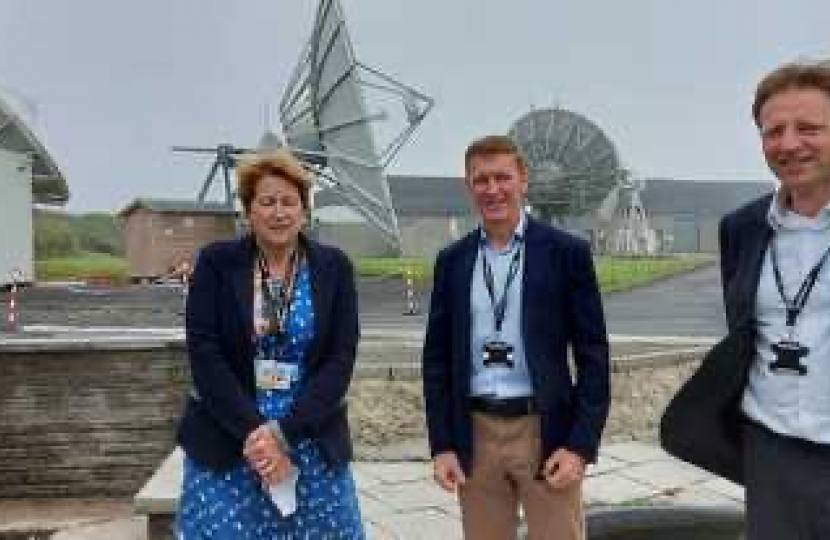 Britain’s most famous astronaut Tim Peake was on the Lizard for the opening of the world’s first commercial deep-space communications station, capable of tracking future missions to the Moon and Mars.

Goonhilly Earth Station has been upgrading its largest antenna for deep-space tracking and satellite communication services.  After months of trials - which included the first transmissions to Mars from UK soil, and the first anywhere in the world by a privately owned company - the GHY-6 Antenna will play an important role in the next generation of space exploration.  Fittingly, it was opened by the next generation of scientists, science students from Cornwall.

The upgrade has taken three years, and was supported by an £8.4 million investment supported by the Government’s Growth Deal programme and the European Space Agency.  Goonhilly will be providing the ESA with increased data download capacity, enabling European missions to deep space on a commercial basis. It is currently tracking ESA’s Mars Express, and has already picked up signal from NASA’s Perserverance rover from the surface of the red planet. The data travels 200 million km in an incredible ten minutes.

This is not only a triumph of scientific knowledge, but another step forward for Cornwall’s space ambitions.  This will not only inspire the next generation, but create the highly-skilled jobs that are needed in West Cornwall.  The space sector is growing exponentially in the UK, and is expected to create over 30,000 jobs in the next ten years.

Tim Peake was in Cornwall for the space industry G-7 Green Future’s conference, one of the many fringe benefits hosting the G7 has brought to Cornwall.  As part of the G7 agreement, world leaders agreed to work together to ensure the safe and sustainable use of space to support humanity’s ambitions now and in the future, recognizing the increased risk of space debris and the increased congestion of Earth’s orbit.  Britain is already leading the way in using the space industry to support its decarbonisation targets: Transport Secretary Grant Shapps was also at Goonhilly announcing a new fund for nanosatellites (small satellites that can be used to gather scientific data such as on climate change).

“Cornwall has always been at the cutting edge of long-distance communications since international telegraph cables were laid in Porthcurno.  I am thrilled that the Goonhilly satellite dishes are taking us further into the future, and into space.  This is an exciting time for West Cornwall.”

Goonhilly Earth Station has established itself as one of the most strategically important sites in the world-wide space sector and has the potential to provide jobs not just at Goonhilly but across West Cornwall and the Isles of Scilly.