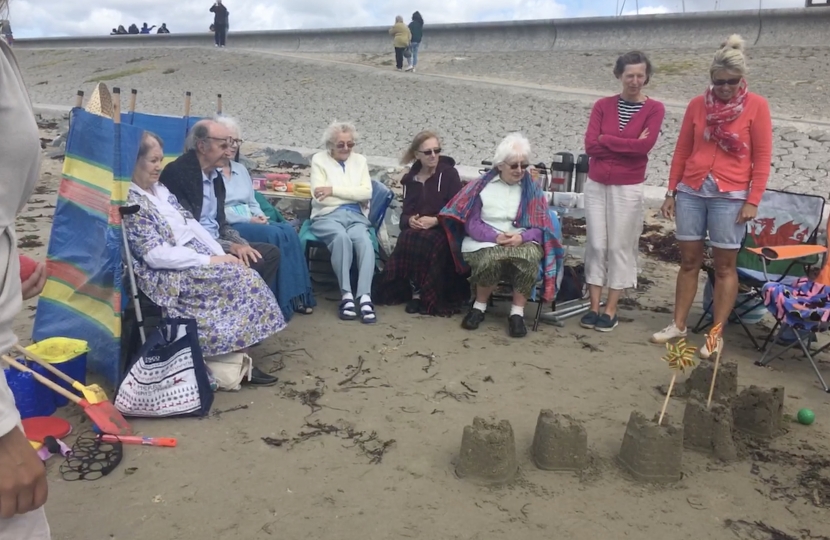 A nine-month pilot project at St Ives’ Edward Hain Hospital trialling a new approach to caring for elderly and vulnerable people has been hailed as a ‘huge success’.

The project, which started in January, initially for just three months but extended until the end of September, saw 27 people benefit from the services provided by volunteers and a multi-disciplinary team of professionals working in the health sector, led by Sheena Arthur from Age UK.

Members of the Edward Hain Working Group, initiated two years ago by local Cornwall councillor Richard Robinson with support from West Cornwall MP Derek Thomas to look at ways of creating a sustainable and viable future for the hospital, heard at a meeting last week that the way the project was funded by the Cornwall Foundation Trust enabled the project team to provide flexible and bespoke care for each individual.

There was a deliberate decision not to create too much structure in each day’s programme and the lay-out of the Edward Hain building itself was beneficial as different activities took place in different rooms, providing exercise for clients as they moved around the building and offering the opportunity for clients to mix in small groups or one-to-one.

Team members were able, if necessary, to make home visits to clients and there was also a less risk-averse approach which resulted in clients enjoying a wide range of activities including a trip to the beach.

The result, said Ms Arthur, was that “we had a group of people who are more connected to their community and feel empowered to try new things”.

“From the very beginning we recognised that every person is different and should be supported based on their individual needs and wishes,” she said.

Comments from people using the service included: “Pensioners should not be written off – thanks to you I have joined the community again,” and “It has made me feel normal, that I am not just an old lady. I’m still a person in my own right.”

Mr Thomas commented: “The project has been a huge success which has shown the benefits of co-operative working,” he said.

“The project team have taken a refreshing, common sense approach which has clearly paid dividends and they have been helped in their work by being able to use a trusted and sympathetic building in Edward Hain.”

Cllr Robinson said the project had produced some ‘remarkable’ work.

“The Age UK team running this project have set the standard, and already established examples of best practice, for future delivery of care in the home,” he said.

“This is a remarkable outcome given the pressure they were under.”

The group heard that the Pilot Project would be considered as part of the ongoing Case for Change programme, looking at options on how to provide care in West Cornwall.