Success for Derek's campaign for daffodils 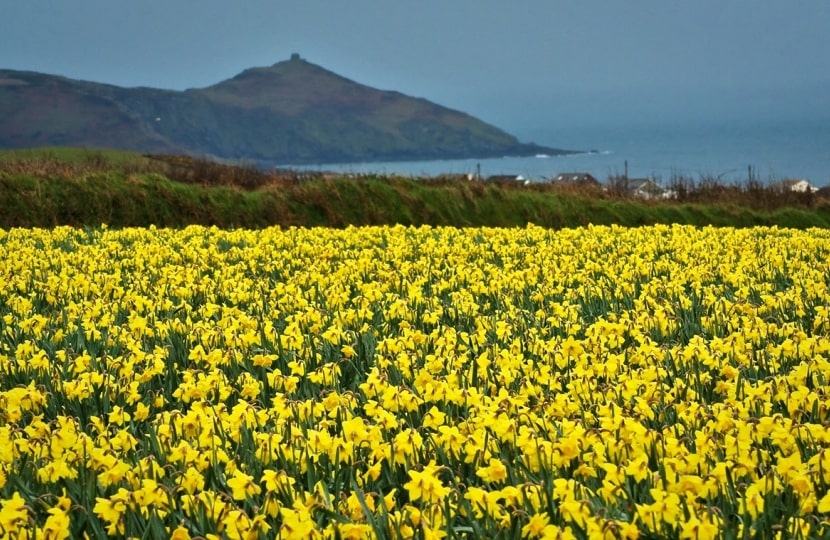 Derek Thomas’ campaign for the Seasonal Agricultural Workers Scheme to be extended has succeeded.  As a result of Derek’s pressure alongside his Cornish colleagues, the government has agreed to extend visas to seasonal workers on Britain’s crops, including Cornwall’s daffodil industry, although details are still to be confirmed.

The UK has relied on foreign workers since the Seasonal Agricultural Workers Scheme (SAWS) was established in 1945.  This scheme was abolished by the Labour government in 2015, when we were still in the EU.  After Brexit, the Government revived the scheme, providing visas for seasonal agricultural workers.  Critically, the SAWS pilot schemes have only covered edible crops.  Ornamental crops, like Cornwall’s daffodil industry, are not covered.

Employing workers from abroad means that the UK’s agricultural sector can continue to produce the food and flowers that we need.  Harvesting British crops saves of food miles, lowers prices and reduces our reliance on imports.  The experience of last year’s pilot is that, despite increasing pay, advertising widely and locally, and increasing the hours available to work, the workforce was not available in the UK to harvest the crops grown here.

Derek has highlighted to Ministers the effect of these shortages on Cornwall’s daffodil industry.  Cornwall produces £100 million worth of daffodils every year: 86% of the UK’s market.  The UK itself provides 95% of the daffodils in the world.  Last year, 274 million stems were left in the ground – a fifth of the total crop, and possibly £1million in lost VAT revenue.  Daffodil picking cannot be mechanised – it needs a workforce of hundreds.  This could only be provided by extending the SAWS pilot scheme to include the daffodil season (that is, by an additional three months).

In a debate on British farming, Derek told the House of Commons:

“There is an urgent need to secure a workforce to harvest our daffodils. My ask, and that of my colleagues and Cornish daffodil growers is to simply extend the SAWS pilot to include daffodils.

“Let us do what we can to protect an industry that does so much to cheer up the nation.”

This afternoon the government announced the decision to extend the Seasonal Agricultural Workers Scheme in a meeting of the Select Committee on the Environment, Food and Rural Affairs, of which Derek is a member.

Derek said in response to the minister’s announcement:

“In one sense, we should be celebrating, but also slightly peeved that it’s taken so long, so late in the year…  It’s going to be very welcome.”

“I am relieved that the government has finally recognised the importance of seasonal agricultural workers.  Last year’s situation was only a pilot scheme, but it must not be repeated.

"Control over our borders doesn’t mean closing our borders – but the government must get better at working out where we need visas, and giving them to the workers that can help our economy grow.”