RSPB sends special thanks to Derek for his environmental work 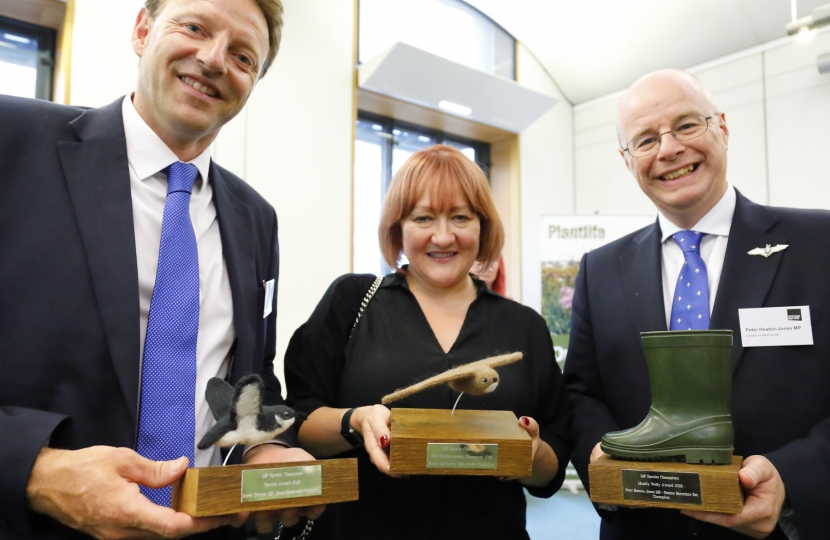 Derek Thomas has received a personal thank-you for his work to help conserve Manx shearwaters and birds in general from the RSPB (Royal Society for the Protection of Birds).

Mr Thomas was last year named as the RSPB’s MP Species champion for his work with the Isles of Scilly Wildlife Trust and the many volunteers on Scilly who have helped ensure that Manx Shearwaters can succeed on Scilly.

Because people on Scilly have, for several years, cleared the litter and eradicated all the rats on St Agnes and Gugh, the breeding population of Manx shearwaters increased from 22 pairs in 2013, before rat eradication, to 59 pairs in 2017 while, for the first time in living memory, 43 chicks were recorded in 2017.

The project is recognised as a world leader in community-led island restorations.

This month, to mark Parliament being dissolved ahead of the General Election, the RSPB wrote to all 59 MP Species Champions, thanking them for their efforts over the past year but Mr Thomas received an additional note, saying: “As you have been particularly supportive of the project over the duration of the Parliament, I wanted to send a personal thank you for what you have done to help conserve Manx shearwaters and species generally.

“The RSPB has been hugely appreciative of your interventions in Parliament, including the successful ballot for the Health, Wellbeing and Nature debate in April and stepping in at short notice to host the Annual Awards last month.

“Your work to improve environmental legislation and policy that affects wildlife, such as supporting the extension of the Isles of Scilly Special Protection Area and asking PQs (parliamentary questions) on invasive species is very welcome, and we were delighted that you joined the Environmental Audit Committee earlier this year.”