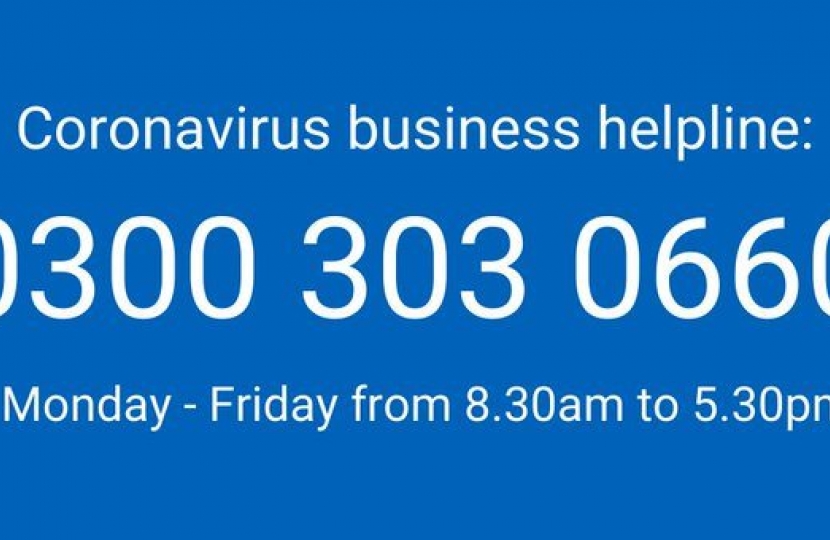 A Government announcement that it will provide local authorities with additional funding to target those small businesses that are not eligible for the current coronavirus grant schemes will be a ‘huge shot in the arm for West Cornwall and Scilly’, says MP Derek Thomas.

Mr Thomas has been a dogged campaigner on behalf of small businesses, regularly contacting the Treasury to explain how B&Bs, those in serviced offices and other types of businesses paying property rent but not currently qualifying for grants, were missing out on Government support.

The Government has now announced that it is making an additional £617 million available for the Small Business Grants Fund and the Retail, Hospitality and Leisure Grants Fund (equivalent to a 5% uplift to the £12.33 billion funding previously announced).

Explaining the criteria for the new funding, Business Secretary Alok Sharma said that the extra funding was being announced following “feedback from many groups”.

Grants that are set to from this funding pot include:

1.         Small businesses in shared offices or other flexible work spaces e.g. industrial parks, science parks, incubators etc, which do not have their own business rates assessment;

2.         Regular market traders who do not have their own business rates assessment;

4.         Charity properties in receipt of charitable business rates relief which would otherwise have been eligible for Small Business Rates Relief or Rural Rate Relief.

Mr Sharma said this list is not intended to be exhaustive but should used as a guide by local authorities  which should determine for themselves whether particular situations not listed are broadly similar in nature.

Mr Thomas said: “A large number of well run and well-established businesses have contacted me saying they had slipped through the net in terms of meeting the Small Business Grants Fund criteria and have been genuinely concerned about whether they will be able to survive the current crisis.

“I have been highlighting this to the Treasury both as an individual MP and as a member of the sub-group on the Cornwall Leadership Board looking at this specific issue and this announcement will be a huge shot in the arm for many people here in West Cornwall and on Scilly.”

More information for businesses about how to apply will be published later this week.