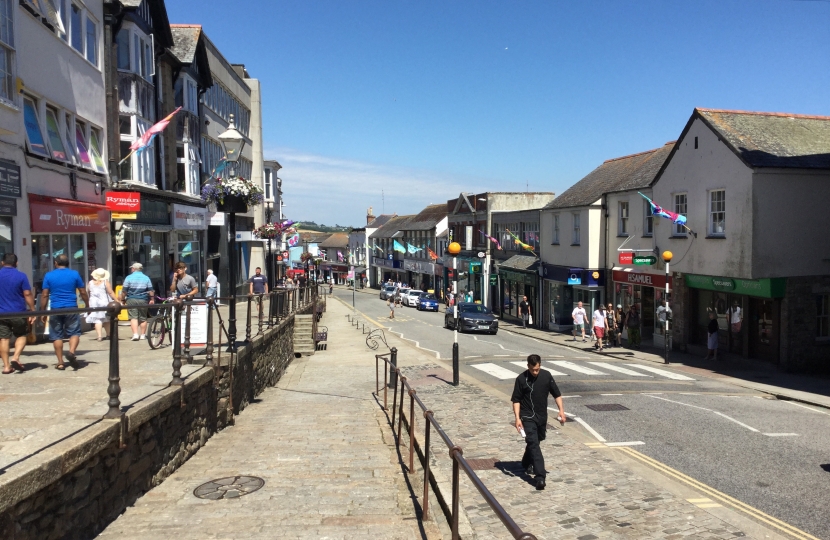 MP Derek Thomas says it is “truly excellent news” that West Cornwall could benefit from up £50 million of new Government funding.

The announcement follows persistent lobbying and dialogue between Mr Thomas and Government Ministers.

Penzance and St Ives have been selected as two of 100 towns across England that will each receive up to £25 million from the £3.6 billion Towns Fund, designed to level up towns and make them ‘vibrant, prosperous and connected’ places.

Robert Jenrick MP, the Secretary of State for Housing, Communities and Local Government, said: “We want to level-up our great towns, raising living standards and ensuring they can thrive with transformative investment in transport, technology, skills and culture.

“I will now work with local people from the 100 communities announced today to agree proposals to invest up to £25 million in each place. I hope these deals will provide the investment and the impetus for long-term renewal ensuring each town can look to the future with a new optimism.”

In Penzance’s case, the money from the Town Fund will be in addition to up to £25 million of possible funding from the Future High Streets Fund – Penzance has already reached the second stage of this fund and received £150,000 to work up a workable scheme.

Camborne and Truro have also been named in the list of towns to benefit.

“This truly excellent news and an indication that the Government is fully aware that some communities are lagging behind others and need investment if they are to catch up with the rest of the country,” said Mr Thomas.

“In both Penzance and St Ives, I know that there is a lot of work going on to recognise the challenges that exist and to come up with workable schemes which will benefit each town and the people living there.

“In addition, recognising that people here in the far west of the county are overwhelmingly backing Cornwall Council’s ambition of becoming carbon neutral by 2030, I hope that the fund can be used for the benefit of our environment.”

Mr Thomas, who has been working with different groups and stakeholders in Helston, added: “I a, hopeful that more Government investment can be secured for Helston once some clear priorities have been established.”

The Government say they will soon publish a prospectus to guide towns through the process and set eligibility criteria for funding.