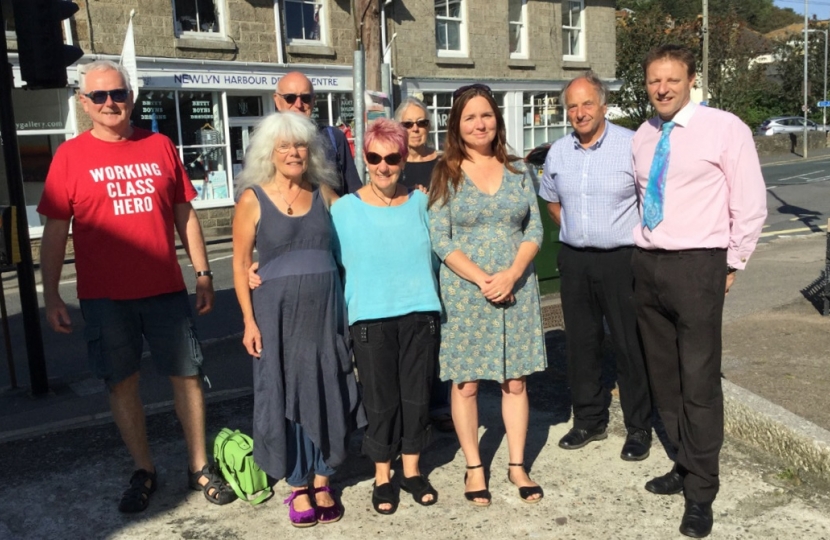 West Cornwall MP Derek Thomas is urging Newlyn residents to ensure they fill in and return a petition calling for better post office services in the port.

One such opportunity is to drop it back by hand at 11am on Saturday, 21st September to the Strand in Newlyn.

In the longer term, the group is working to secure a permanent post office after the closure of the facility in the former Dolphin pub in early 2018 but this work cannot progress for the time being for legal reasons.

Following the closure, following efforts from Mr Thomas, A Post Office for Newlyn group and Cllr Harding, a two-day a week mobile service was introduced in May 2018 but this July, that service was cut back to two half-days a week as the mobile service was rolled out to a number of other villages in West Cornwall.

While welcoming the extension of the mobile service, Mr Thomas does not believe it should be at the expense of the two full days service in Newlyn.

“Taking away the morning slots from Newlyn so that the van can visit somewhere else is a retrograde step for people in Newlyn who rely on their post office services,” said Mr Thomas.

“My experience of petitions is that if they are well supported, they really do make a difference and so I would encourage everyone who has received one and who believes that Newlyn should have a better post office service, to fill it in and return it, either by one of the ways suggested on the petition or by handing it in on Saturday.”