Newlyn has been 'unjustifiably overlooked' in Towns Fund discussions 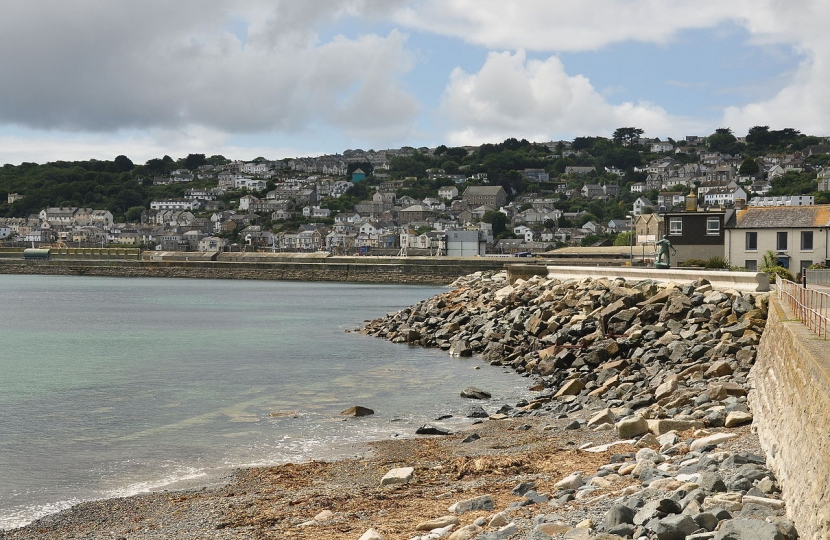 Claiming that Newlyn has been ‘unjustifiably over-looked’, Derek Thomas has called on the Local Government Secretary to intervene so that the fishing port can potentially benefit from millions of pounds of investment.

In one of his last acts before Parliament was dissolved ahead of the General Election, Mr Thomas wrote to Housing, Communities and Local Government Secretary, Robert Jenrick, following the publication at the start of this week of the prospectus for the £3.6 billion Towns Funds.

Both Penzance and St Ives stand to receive up to £25 million from the fund to increase economic growth but Newlyn has been excluded from ‘Penzance’ as part of the geographical criteria set out by the Office for National Statistics.

“It has often been the case that Newlyn has been unjustifiably over-looked and that certainly seems to be the case here,” said Mr Thomas.

“I pointed out to the Secretary of State that not only is Newlyn a long-standing part of Penzance parish, its existence is inextricably linked with Penzance and so I asked him to ensure that the catchment is expanded to include Newlyn.

“Although they have separate centres and their own identity, many people divide their time between the two communities, living in one and working in another and I believe that an influx of Towns Fund investment, whether in Penzance of Newlyn, will benefit the whole community.

“I am hopeful that there will be a change of heart  – having held preliminary meetings about the Penzance bid for the Towns Fund, I am aware that there are a number of exciting potential projects which are worthy of consideration for this fund and it makes no sense to exclude Newlyn from the discussions.”

According to the timetable set out in the prospectus, Cornwall Council, as the lead council, must complete Investment Plans for each Cornish town set to benefit from the Towns Fund (St Ives, Penzance, Camborne and Truro)  by next summer with final deals likely to be agreed in 2020-21.