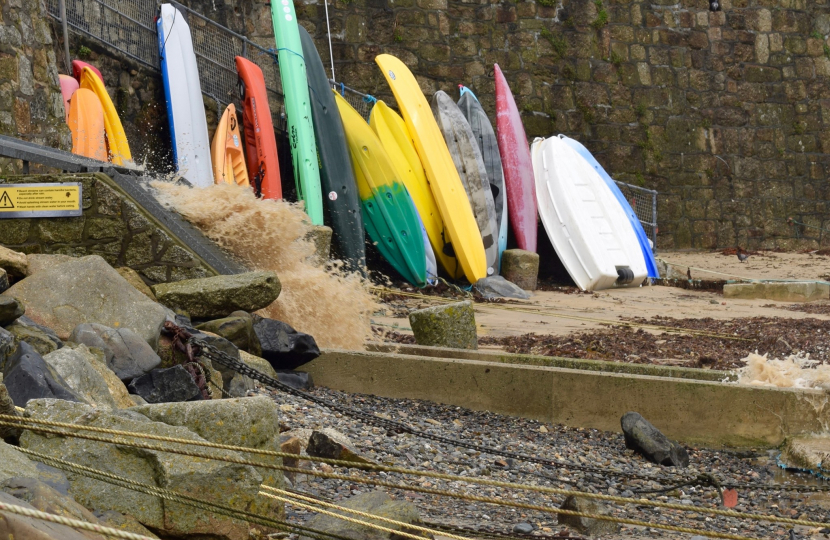 I'm yet to meet anyone who thinks it's acceptable that sewage is being discharged along the Cornish coast and it is right and proper that Government requires Southwest Water to monitor and report these ‘storm overflow’ incidents. This provides valuable information for swimmers who routinely swim in the sea close to these outlets.

The reality is that storm overflows are necessary as a release valve in extreme weather conditions and for good reason as the alternative is sewage backing up into our houses. The reason this issue repeatedly hits the headlines is because these overflows are being used unacceptably often. Infrastructure has not kept up with increasing demands on the system. I understand why some seize the opportunity to blame Government and us Cornish MPs. However, if we really care about fixing the problem (which I do) we must be honest about the need to tackle both sides of this equation – managing demand as well as improving infrastructure.

Cornwall uses higher than average volumes of water per person (further exacerbated by the increasing numbers of tourists). By reducing the volume of water entering the sewers in the first place, we can reduce overflows – and using less water reduces the environmental impact of extraction. Attractive as it is, we cannot simply expect water companies to fix it alone – especially when SWW is obliged to connect precious new homes to the sewers.

Then we have the run-off from roads, fields and rooftops which, in an area such as Mousehole, ends up in a combined sewage system taking both surface water and foul water. In addition to improved infrastructure, good soil health and targeted rewilding is effective at absorbing rainwater, and I am campaigning for the Environmental Land Management Scheme to reward farmers for improving soil health and water quality. In the meantime, Government announced last week that farmers are able to apply for grants of up to £250,000 to improve slurry storage to prevent pollution - and to make the best use of their organic nutrients.

But ultimately infrastructure matters and, since becoming an MP, long before the headlines, I successfully argued for investment in the Hayle/St Erth treatment plant, upgrades in the foul water system in Carbis Bay and Mousehole, for South-West Water to take over water supply and foul water treatment on Scilly, and various other vital works designed to meet the insatiable demand we place on sewage systems.

I was also an early supporter of an Environment Act amendment to force water companies to upgrade their infrastructure to stop storm outflows. Other MPs were concerned that this could raise water bills by between £569 and £999 per year. I saw no firm evidence for these figures and as a result, the rebellion by myself and other backbench MPs, forced Government to accept an amendment, now part of the Environment Act 2021, compelling water companies to make a progressive reduction in storm overflows. The resulting Storm Overflows Reduction Plan is “frontloaded” in the most urgent areas, so that the worst polluting and most harmful overflows will be eliminated first.