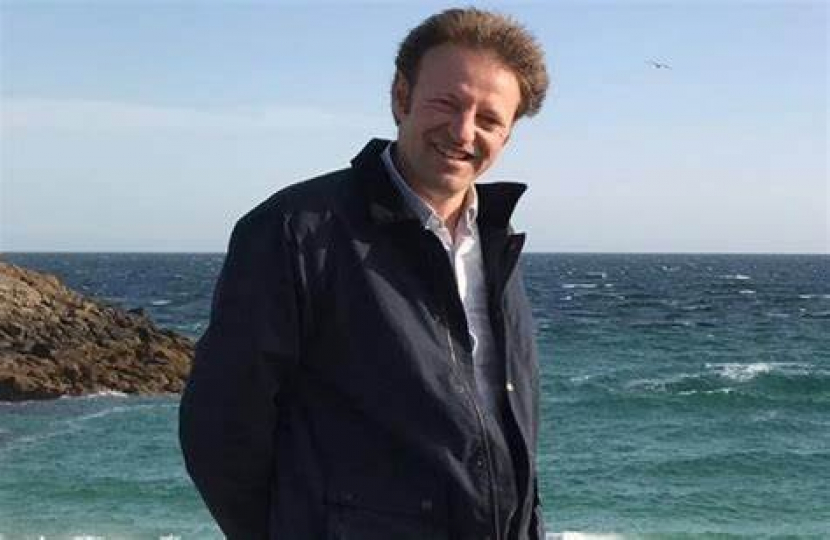 It has been years since the post office branch closed in Newlyn. I’m determined to secure the return of a permanent post office service in Newlyn. In fact, this also applies in communities such as Carbis Bay and Porthleven where access to post office services is depleted since the branches closed. I have invited Post Office Ltd managers to come and meet with me at the end of next month in Newlyn to establish how we can reopen a post office counter.

With many high street banks abandoning our towns completely the post office has a real opportunity to pick up this business (each transaction carries a small fee retained by the post-master) and legislation requires Post Office Ltd to ensure their services are ‘within reach’. Other popular services in post offices include letters and parcels, banking, travel money, DVLA services but I want to hear how you use or would use a post office counter.

On Friday the Levelling Up Minister, Dehenna Davidson, met Council Leader, Linda Taylor, to sign an understanding in relation to the ambition for further devolved powers. The proposed devolution deal promises to give Cornwall Council greater control over transport budgets, building and skills delivery. Michael Gove has assured me this week that, unlike The Labour/Lib-Dem local government reorganisation that resulted in scrapping the district councils in favour of Cornwall Council, this devolution deal is not going to be imposed on Cornwall – he says that there will be extensive public consultation and then the deal be approved by Cornwall Council and Parliament. I am enthusiastic for greater powers devolved to Cornwall as the progress in Westminster to fix things such as the lack of housing is excruciatingly slow, but I also would like to see Cornwall Council focus more on delivering within the extensive powers and control it already enjoys rather than exhaust officers time chasing stuff that residents have little interest in.

This week many of us will be more acutely aware of how inefficient our homes are. Far too much heat ends up outside which is costly, uses more energy than needed and makes it very difficult to stay comfortable when the outside temperature plummets. The Government has announced a further £1 billion to help improve the efficiency of our homes. The devil will be in the detail, and I shall be watching closely to ensure the money actually improves homes and living conditions and helps to develop the skills we need to get on top of this massive challenge. The money is very welcome and demonstrates the Government’s commitment to driving down our energy use making homes healthier and cheaper to run.

An important lesson must be learned as we decarbonise and restore nature. In the commendable effort to reduce our dependence on coal-fired energy production, successive Governments incentivised the production of bioenergy. An example of this is Drax Power Station which transitioned from coal to biomass and today 17 ships arrive each day to deliver pellets produced from low grade wood from forests in British Columbia, Canada.

The Government’s annual figures put bioenergy emissions at 47 million tonnes of C02, equivalent to 10% of the UK’s annual greenhouse gas emissions and four times greater than emissions from coal. It is estimated we need to harvest woodland equivalent to the size of the New Forest every 5 months to feed biomass power plants. This Government must learn the lesson as we transition from fossil fuels to ‘cleaner’ energy and ensure the unintended consequence is not more harmful than current practices.