MPs Column: The NHS is not for sale 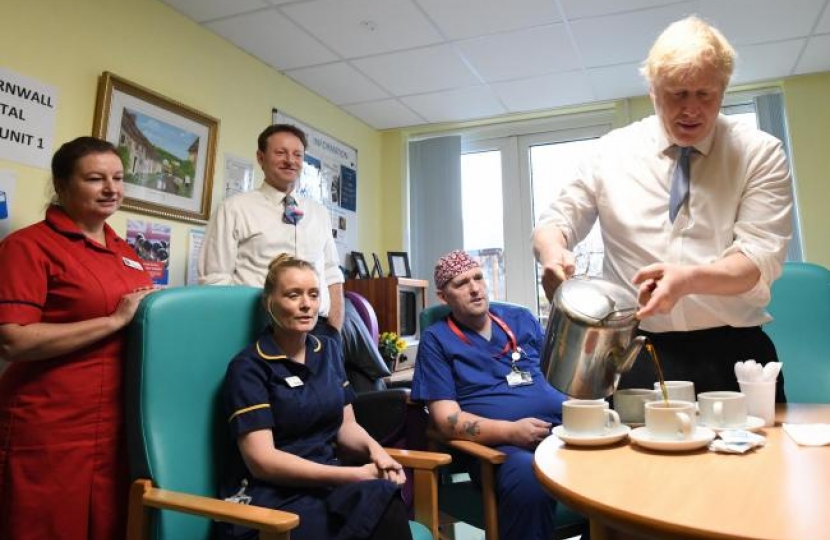 After the coldest, wettest, windiest General Election campaign here in West Cornwall and Scilly I’m relieved and grateful to be re-elected for the third time as the Member of Parliament for St Ives. No words exist to fully explain what an honour and privilege it is to serve my local area in this way. Thank you to everyone who has placed their trust and confidence in me and the Conservative Government. I take nothing for granted.

I turn to the NHS. Using the NHS as a political football does nothing but undermine confidence in NHS staff and the treatment people expect causing unnecessary anxiety and fear. This is particularly the case for elderly and vulnerable people which is why we need to be very careful what we say during elections.

I met thousands of people during the course of the election campaign and almost without exception those who had had a need for the NHS had nothing but praise for our treasured national institution. The issue that arose on doorsteps of others was the privatisation and the NHS for sale nonsense.

The NHS has always been a mix of private and public institutions. GPs, most dentists, most opticians and community pharmacists are all private businesses delivering NHS services. It is also true that clinical services such as immunisation programmes, kidney dialysis, cataract removal and pathology services and some mental health services have been opened up to private providers over the past 20 years.

In fact, of the 7-8% of NHS clinical services provided by private providers today, 5% of these where privatised before David Cameron entered No 10 in 2010. Under Labour the NHS offered bulk contracts to private providers and in 2009 extended this to any qualified provider.

During my time as an MP, there has been a reduction in NHS services provided by external organisations and businesses in Cornwall while the growth of NHS-provided care has been 4% pa on average nationwide. Furthermore the UK is a world-leader in pharmaceutical research and development and, due to the purchasing power of the NHS, the UK buys the drugs we need significantly cheaper than other nations.

The US, which seems to be the source of people’s concern, pays 2.5 times the price of drugs than the NHS. They may well want to find a more competitive solution for the supply of drugs in a trade deal but this is not guaranteed and does not put the NHS up for sale! The NHS is a great British institution and will remain free at the point of use.

Personally, I’ve worked towards and supported every effort to bring more NHS services closer to home and we should all stop using the NHS as a political football and get behind our NHS staff and managers, supporting them in their work including the greater integration of services. Once we do this we will find the money is spent more efficiently and more people will see the attraction of working in the NHS.

There is plenty going on in Parliament and much gets lost behind more inflammatory news stories. The discerning reader will want to know the plans to support farmers as we move from the Common Agriculture funding Policy towards the flagship Public Money for Public Good Government funding agenda.