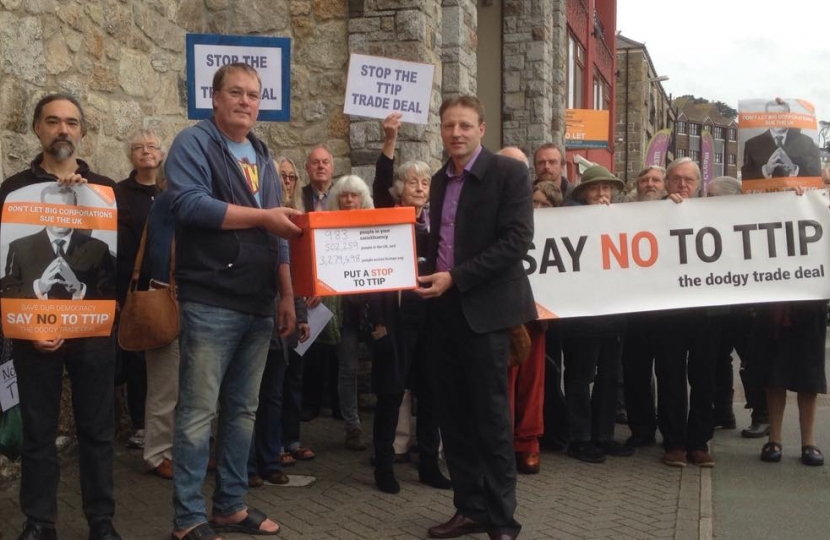 I received a petition this morning regarding the Transatlantic Trade and Investment Partnership (TTIP). Supporters say this is a free trade and investment treaty. Objectors say it will risk public services as it appears that overseas private companies could sue governments if policy changes threaten their trade. The greatest concern is that TTIP appears to be being negotiated in a less-than-transparent way. I will look into this further and discuss with fellow backbenchers what can be done to bring greater clarity to the debate.

This afternoon I attended Cllr. Daniel Williams' Civic Service in Porthleven. These occasions are very enjoyable and play an important part in local community life.