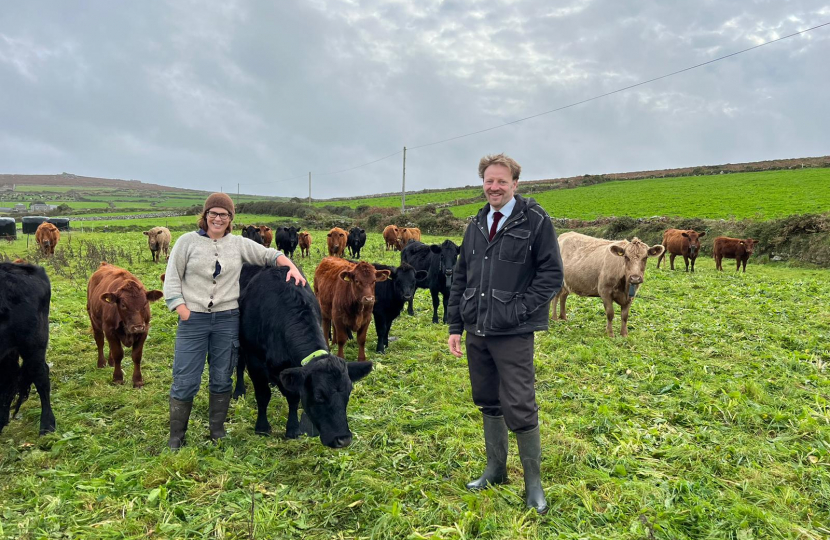 Scillonians celebrated news two years ago that £48m was to be made available to replace the ships and upgrade the harbour infrastructure on the sea-link between their islands and Penzance. An extraordinary effort was made by the Duchy, Steamship Company, Tresco Estate, the community, the Council of the Isles of Scilly and myself to identify a way to secure an affordable transport link, create an improved passenger experience including step-free access and upgrade the freight service that islanders depend on for the vast majority of their needs. Legal advice confirmed to us that our proposals were robust and sound and we met the Government’s deadline for submission in June of last year.

This summer Department for Transport officials threw out the Council’s submission, not because it was in itself poorly constructed but because the risk-adverse nature of the Transport Department feared judicial review. The evolving door of ministers in recent weeks has not helped but as is often the case, political will to support a vulnerable set of islands with a modern resilient transport link has been frustrated by officials that seem to favour process far more than the outcome. Civil servants with no specialisms in shipping or island communities and no real-world experience of industry have driven us back to the drawing board costing millions more due to the delay and, I suspect, a result that will deliver far less for the tax-payers money that has been earmarked for the scheme.

I’ve received a reasonable number of emails calling for a general election and I suspect the motivation is because an election may favour the political party supported by those that have sent these emails. I respect this just as I respect those who reject such an idea for fear of a drumming at the polls for my party. The reality is that there is no constitutional requirement for a general election for a new Prime Minister to seek a fresh mandate from the electorate. There are several examples of party leaders installed in No 10 without facing an election. These include MacMillan, Alec Douglas-Home, James Callaghan, John Major and Gordon Brown. Rishi Sunak is not required to bow to opposition parties demanding a general election as long as he commands the confidence of the Commons.

And a reason for not upending Parliament once again is that pressure must be applied to ensure no household or business is paying too much for their energy. I say this because the benchmark price of natural gas across Europe has fallen more than 70% below the peak in wholesale gas price in August and, if supplies are not stretched over winter, the conclusion has to be that household energy prices will follow suit. I suspect this is not guaranteed unless Ofgem have the resolve, supported by Government, to pressure to energy companies to pass on this fall in gas prices quickly. Another factor that must be revived is the appetite of energy suppliers to return to offering competitive deals to households. It is in the Government’s interest and in each of ours for energy bills to fall at the earliest opportunity.

Before I set off for my journey to Westminster, I took the opportunity to visit a nature-friendly farm in Morvah. There is no conflict (or at least there is no reason for conflict) between providing the food we need and enhancing the natural environment. If we capitalised on this opportunity our nations diet and health would be greatly improved! I’ve not yet met a farmer who wants to produce poor quality food or trash the land that feeds us. Part of the problem is that the rise in the power of supermarkets which has both nurtured and responded to consumer demand to pay less of a household budget for the food we need has trapped farmers into a place where time and money to enhance soil health, promote biodiversity and use more organic matter is severely restricted. It might upset some environmental groups, but I would fully support the Government if it decided to channel a greater share of the Environment Land Management Scheme money towards our farms to support food production and food security in a sustainable and environmentally positive way.

I continue my ‘drop-in’ events for anyone to raise a concern or idea – this week in Helston, Leedstown and Lelant, as well as my office in Penzance.  Call my office for more details 01736 363038. These are really designed to give you an easier opportunity to raise a concern.