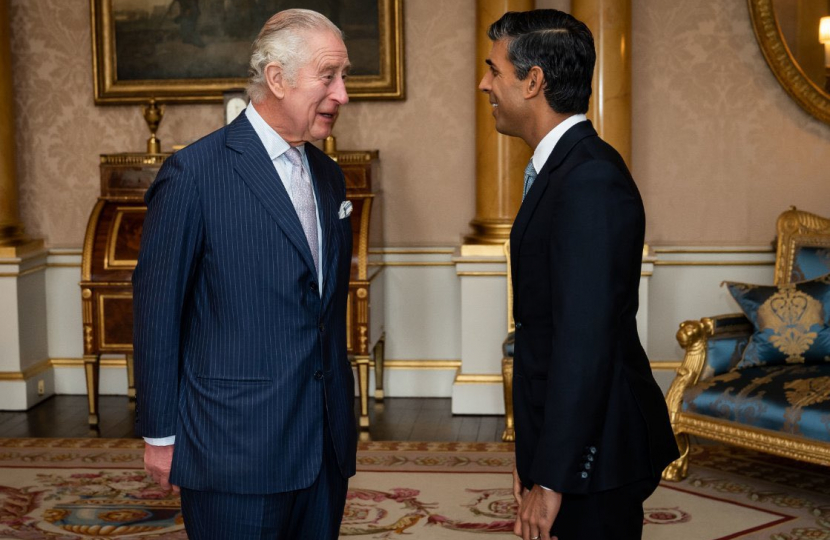 In less than a week since Liz Truss resigned, we have a new Prime Minister which in itself is not entirely unwelcome - although I’m disappointed it is not Penny Mordaunt and I can understand the Party Membership wanting to have a say.

Rishi is certainly competent and has a clear understanding of the Treasury. He knows how obstructive Treasury can be, so, as Prime Minister, hopefully he can bring about a bit of reform, speed up decision-making and deliver on the commitments we made in 2019. I’m confident he will use the best talent across the Conservative backbench and have a laser like focus on day-to-day Government.

For all Liz Truss’ shortcomings as the Prime Minister, MPs are not without fault. There are ways to raise concerns and challenges about the way Government is working and within the Conservative Party there is a tried and tested mechanism through the 1922 backbench committee (which meets every week, and all backbench MPs are members). Taking to the airways to pick apart the Government may seem the thing to do to reassure our constituents but unity and hard graft to deliver on the things that matter is what is most needed. Now that the issue of installing a fresh PM is over all Conservative MPs have a duty to knuckle down and support the Rishi Sunak irrespective of whether we get a job in Government or not! I’ll be doing so!

The issue of fracking for shale gas may be seen as the last straw bringing down Liz Truss. I suspect her decision was made earlier in the week, but Labour was clever to frame an Opposition Debate as a vote to ban fracking when in fact it was a vote to take over Government business in November.

Fracking for shale gas does not have the support of the majority of MPs in Parliament. This is because No 10, under David Cameron and Therese May carried out extensive studies into this form of extracting gas and concluded that the quantity available would not significantly reduce gas imports or impact wholesale gas prices. We just don’t have the open land mass to replicate the US shale gas experience. Fracking is also contrary to commitments Government and Conservative MPs have made in relation to UK carbon emissions targets. This is why it was ruled out in the 2019 Conservative Manifesto.

The Government handled the issue of fracking poorly in recent weeks, but it is the case that, for fracking for shale gas to proceed in the UK, a vote in Parliament is needed and I suspect Government already knows how this vote will go!

I don’t support fracking - there are better ways to build energy security in the UK including to reduce energy demand! Neither do I support efforts by Labour today to hijack the Government’s Order Paper - they need to win a general election to have control of Government Business. This is not the way to handle a critical issue such energy security.