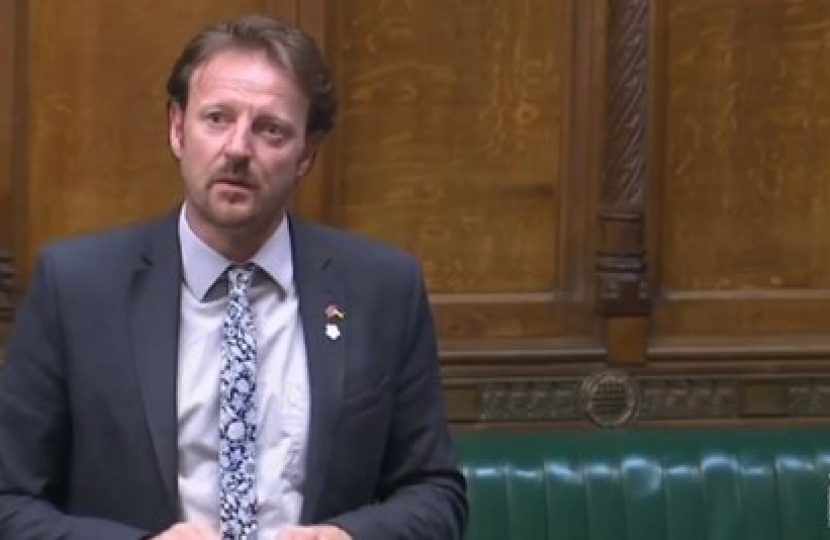 As I returned to Cornwall on Thursday the media was reporting that the male MP caught watching pornography in the Chamber was a Conservative Backbench MP. On Friday Cllr Tim Dwelly was reporting on Twitter that it was a Cornish Member of Parliament so you can imagine the enquiries I received throughout the day as the only male backbench MP in the Duchy. In a separate twist a Cornish colleague of mine was named on social media by a Labour Councillor. The broad consensus may be that MPs are fair game, but I hope not as a feeding frenzy every time a scandal or allegation hits the news does nothing to encourage people to serve at any level of democracy or public service.

Having spoken to Neil Parish, the MP caught watching inappropriate material in the Commons, I know he deeply regrets his behaviour and the damage to the reputation of Parliament. He has served as an MEP and MP for a very long time and, whilst some will remember him for what he describes as ‘his moment of madness’, I believe the agriculture sector in particular will appreciate his diligence and service on behalf of them across both Parliaments. I’ve been pressing, along with many colleagues, for the introduction of age-verification on adult sites online. The reason is to protect young developing minds, but it is just as likely to protect others who would think twice before actually registering formally to access pornography online.

Last week, as we finished off legislation before closing this session of Parliament, I was privileged to raise two important issues in the Commons. The first was the lack of affordable housing in Cornwall and Devon. The debate secured a commitment by the minister to hold a ‘summit’ in the area to understand the true extent of the problem and what can be done to help. Since the debate Michael Gove, the Secretary of State, has contacted me to promise a services of visits across Cornwall and Devon to look at how a Bill to be included in the Queen’s Speech can address the challenge so many families face.

The second was childhood cancer outcomes and I focused my speech on what is known as acquired brain injury. A brain tumour in a child is very different because the child’s brain is growing and developing, and the tumour is ‘caught’ up in this development. The tumour itself, the likely surgery that follows, the radiotherapy and then any drugs administered damages the brain. So, as is more often the case these days, the child recovers from the tumour or cancer itself but these young lives are left with lifelong injuries that curtail their development, life experience, life chances and ultimately life expectancy. But I’ve learned that with improved treatment during the illness specifically tailored to children at their stage of development followed by intense timely therapy and rehabilitation, these outcomes can be greatly improved. In other words, children are living with acquired brain injuries today that could have been avoided.

On occasions issues picked up by an MP and raised in Parliament gain traction and change is made possible. This is my experience, and many will join me to welcome the Government’s intention, announced this week, to overhaul building energy performance certificates (EPCs). With Building Research Establishment, the Business, Energy and Industrial Strategy Department plan to develop a new methodology to better measure energy performance of our homes in the United Kingdom.

Ever since I secured my seat as the MP for West Cornwall and Scilly, I have pressed for effective action to improve fuel poor homes and the reasons for this are well rehearsed including the fact that well insulated homes improve the development of our children, help older people live well for longer and are cheaper to run! The problem we have faced is the methodology used to measure the energy performance of our homes in my view is flawed and incapable of reflection the diverse types of materials used - Cornwall’s homes are an obvious example of this. Only last week I argued for a change in the way we measure and apply these EPCs as the current system is driving long-let landlords out of providing homes for local families. It is not difficult to make the case that we must improve the quality of our homes and the UK has signed an international agreement to do this by 2030. The difficulty is finding a tool that reflects the diverse nature of our built domestic environment and finds the balance between how efficient a home is, how much it costs and the broader impact on the environment. Don’t be fooled into thinking the current EPC achieves this. For some homes the algorithm tells you to install oil-fired heating which is contrary to our commitment to decarbonise. This week’s announcement may have just arrived in time. Should we continue as we are the loss of long-let rented properties to families in Cornwall over the next four years would have made the current housing crisis in Cornwall seem a walk in the park.

I’m on Scilly as I type and the issues being raised include how to keep the bee population on the islands varroa free, how to continue to support the recovery of puffins and manx shearwaters (amongst other ground-nesting birds), how to support a longer visiting season, support for farmers to produce food and curiously, how to navigate the EPC system on Scilly. As usual I meet with those responsible for the work to improve the homes and secure new ones on Scilly, those working to integrate health and care services and the team behind the investment in replacement ships and harbour improvements.

I’m joined by my colleague Andrea Leadsom MP, who is driving the Government’s Start to Life initiative to support the brilliant services available to new parents and their little ones on the islands.

On Saturday I shall be dancing in the Mid-Day Dance for Flora Day, and I can’t tell you how pleased I am that this significant event has returned to Helston after two years cancelled!