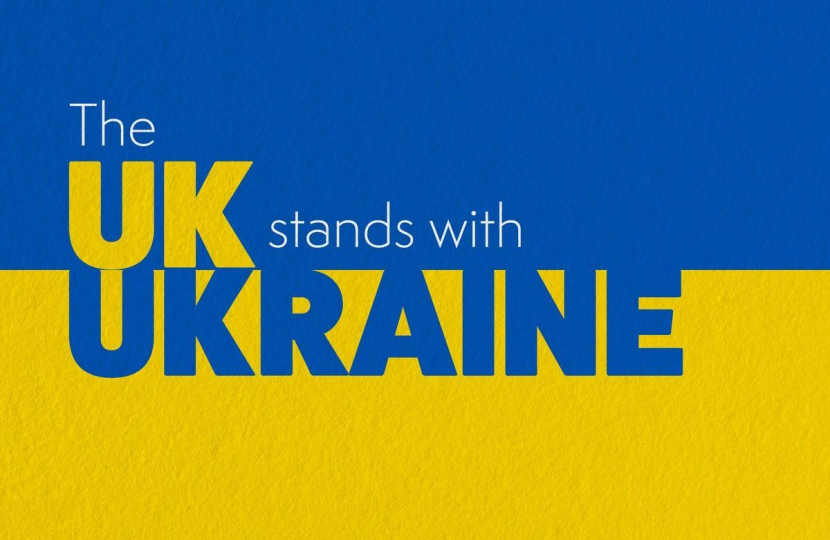 I was wrong about Putin.

Whilst I could see the scale of his military presence along the Ukraine border, I didn’t believe that he would physically invade the country. In his mind I suspect he felt he had already achieved some form of victory just by the fact that world leaders were taking him much more seriously and travelling long distance to meet and engage with him. The reason I did not believe that he would invade is because it’s difficult to see what can be gained for him by waging war against Ukraine which is after all a much tougher challenge than his previous military interventions such as the invasion of Crimea and his so-called proxy war in Syria.

Why, in today’s world, does anyone think that invading a sovereign nation is justified or pragmatic knowing full well that the result will be a long-drawn-out era of tension, violence, and insecurity not to mention the bloodshed of loved ones on both sides? The PM was right to warn that any ‘incursion will spark the worst bloodshed in Europe since World War Two and many Russian mothers’ sons will not be coming home’.

It’s clear that the Russian people have no appetite for this military violence against their neighbour. It’s a mystery why Putin feels he can gain by attacking Ukraine.

And I have no patience for sympathisers who seek to explain or justify Putin’s motives by citing NATO as a threat to Russia. Whilst NATO is an important deterrent and alliance its very purpose is to maintain stability and peace not to wage war and, even if each member honoured its commitments to spending 2% of GDP on its own defence, NATO would never have the will matched with the might to go looking for conflict with Russia. I don’t know where this will lead but if the UK is required to use our world-leading military capability of taking out with pin-point accuracy strategically important infrastructure as we did in Syria then we should. But right now, our priority must be to support the Ukrainian people with humanitarian aid and use every tool we must starve Russia of finance, intelligence, and essential technology.

The UK’s response is proportionate and far-reaching from the £220m of emergency and humanitarian aid, 1,000 troops to help with the humanitarian response, relaxation of the process for refugees with family here along with supplying defence weapons and expertise. The wide range of sanctions announced right across the world will make the ability of Russia to function very difficult and hopefully will open up an opportunity to bring this conflict to a swift end. All aggressors need to know that hostile actions against sovereign nations will not be tolerated.

I recognise that people want a no-fly zone created over Ukraine and, having seen what Russian warplanes did to civilians in Syria I would agree if it were not for the fact that controlling a no-fly zone would put NATO aircraft directly into air-to-air conflict with Russia triggering a far graver situation than we already witness.

I understand why people believe we should scrap visas for Ukrainians to come to the UK. There are at least three considerations in such an event; scrapping visas takes away our ability to maintain security and there would be no real way of checking who is coming to the UK - we can take refugees without exposing ourselves to this level of risk. Second, we want this conflict to end quickly and for people to be able to return home to rebuild their country. Supporting the surrounding countries to care for these refugees is far better for the majority of refugees. Thirdly, we have an acute housing crisis and already refugees and asylum seekers are not living in suitable housing in the UK.

The community sponsorship scheme, where organisations can help with housing and funds and support, is an effective and compassionate way to offer a hand of friendship. Cornwall has a track record of willing organisations and individuals and I’m certain we will help Ukrainian refugees in the best way possible. It is an ever and fast changing situation and the methods of humanitarian interventions will certainly evolve.

This week all six Cornish MPs are holding urgent talks with the Health Secretary to try and overcome the unacceptable delays in ambulances, the pressure on beds at Treliske and the shortage of care workers. The shortage of care workers is a key underlying cause of the pressure faced by the NHS in Cornwall and the failure of adequate care for our loved ones. None of these will be fixed quickly but we could address the ambulance delays by using some of the beds that have been mothballed to create covid-safe wards and using corridors to transfer patients from ambulances. It’s not ideal but would allow ambulances crews get to patients more quickly.