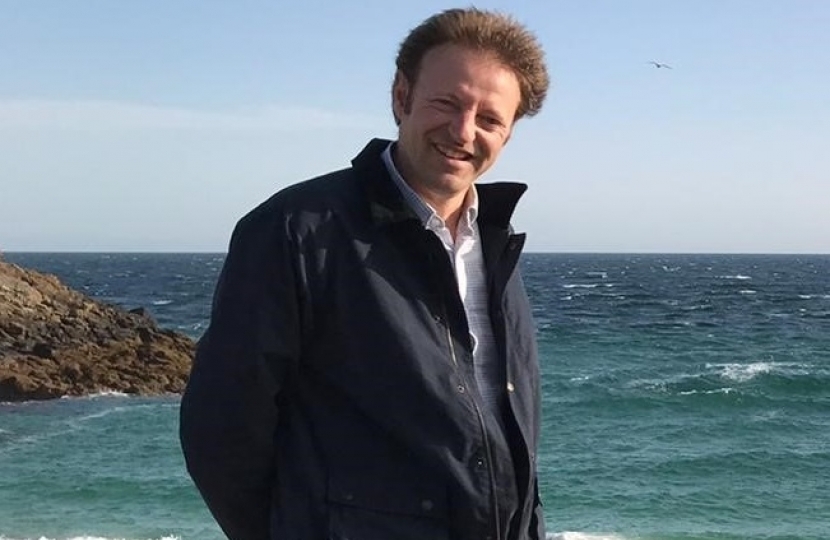 In the real world I was privileged to visit PK Porthcurno, the Cable and Wireless Museum and visitors centre, to mark Dark Skies designation for much of West Penwith. The designation itself recognises that the area is dark enough but we can improve the situation by reducing unnecessary or poorly situated lighting. The designation enables planners to be more sensitive with new developments to avoid light pollution. Dark Skies designation has several benefits such as increased biodiversity, tourism outside of the ‘peak season’ and reduced energy use. With bills set to soar next year we may find light pollution reduced ‘naturally’ but I hope it catches on to support and celebrate the night sky we enjoy. Congratulations to Cllr Sue James, Cllr Jonathan Brookes and Kevin Hughs who played key roles in securing this designation that was anything but straightforward.

It was also good to join Mousehole AFC on Saturday for the opening of the Solomon Browne Stand. We remember 40 years since 8 men from Penlee Lifeboat Station lost their lives and the opening of the stand, supported by Mousehole Choir and relatives of those who died, was a fitting way to continue to mark their sacrifice. Another sombre occasion was the memorial party for Maurice, who died unexpectedly in the summer. Cornwall People First organised the gathering for those who knew Maurice well and wanted to share memories. I knew Maurice from the Saturday Gang, a great group of people who have learning disabilities who meet for coffee and cake.

Another event to mark a memory took place at the Marconi Centre at Poldhu. 120 years ago, after a storm took out communications, an aerial was set up in Poldhu and Newfoundland (connected to a kite) and contact was made proving that you did not need a physical cable to establish contact abroad as the radio signal bounced off the ionosphere. Quite a leap forward.

I also met a large group who oppose vaccine passports to access venues and work for the NHS. I agree and never considered a Conservative government would introduce such a divisive idea. It worries me that MPs who vote on such measures are not provided with impact assessments setting out what such a measure will do to our NHS. As the PM stressed on Sunday, Government scientists believe that our best line of defence is the booster programme. The job of Government is to work to encourage and reassure NHS staff to take the jab not force people into a situation where they quit their job. We already have a demotivated and exhausted NHS and Care workforce and we can’t afford to lose more staff.

Recent weeks in Parliament seem far removed from the real world and I hope over Christmas all parliamentarians and Government will be reminded of the other things that people are living with such as increased living costs, limited access to health and care services, losses and increased costs facing businesses, shortages of housing people can afford and loneliness and isolation.