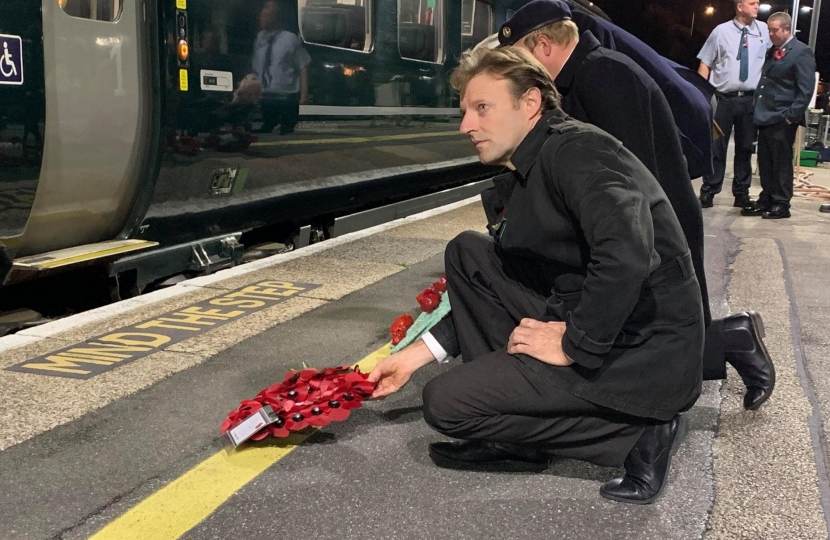 This past weekend my ‘drop-ins’ took me across the constituency and served as a reminder that you can’t really capture the exact concerns and ideas people have for their immediate area and further afield in any better way. These ‘drop-ins’ took place in Godolphin, Goldsithney, Long Rock, Manaccan, St Buryan, Trewellard, Porthleven and Newlyn. This weekend I’ll be at the King William in Madron and St Ives Library. The fine details can be found on my web-site or by calling my office 01736 363036. Nothing compares to face-to-face conversation as they enable me to really get a grip of the challenge or issue raised. This is the best protection from getting ‘sucked up’ in the so-called Westminster bubble which some have suggested is the reason for the particularly regretful events of last week.

I also had the absolute joy of visiting Gulval School and Parc Eglos School on Friday as part of Parliament Week. Last week was not a particularly good example of Parliament at its best but Parliament Week is an opportunity for schools and uniform clubs to learn a bit more about how our democracy works and how things are decided in Westminster. School visits encourage me no end because the enthusiasm and creativity of the head teacher and teaching staff is great to see and the children just love to be there. I don’t think we can overstate how brilliant our schools are in Cornwall.

People may feel the Parliament is not doing its job but, alongside the more newsworthy stories, we are finishing off the Environment Bill which includes a legal duty on water companies to cut the storm water overflow.  After heavy rainfall, a release valve is used to reduce the pressure in our drainage system which can lead to untreated sewage entering water ways and the sea. The alternative is for chamber lids to pop up in the streets and sewage to find its way back into our homes so people understand why storm water overflow is needed but it is right that we work to stop rain water entering our sewers. Government announced last week that climate change and ecology will be part of schools teaching programme and we approved a better way to fund nuclear power which will enable us to speed up the move from fossil fuels to power our network. This will cut harmful emissions and bring greater control over otherwise volatile energy prices. We also passed the budget which enables Government to deliver the Shared Prosperity Fund for Cornwall which matches money we received via Brussels and leaves the path clear to invest in harbours on St Mary’s and order the new ships to serve the link between Penzance and Scilly.

I believe that our Act of Remembrance this week will be as poignant as ever. Many of those who fought in the great wars have left us now but many who fought in recent conflicts have not, including those who took part in the military action in Afghanistan. The rise of the Taliban over the summer and the situation in Afghanistan today will weight heavily on many minds as we remember the sacrifice this week. We remember the lives lost in these conflicts and we also remember the damage done, both mentally and physically, to our veterans. I hope this week will be an opportunity to look again at how we support and protect our veterans of all conflicts and see what more can be done to ease the terrible hardship that now faces every citizen in Afghanistan.

I treasure the opportunity to take part in our Act of Remembrance and I’ll be laying a wreath in Penzance. I’m also privileged to lay a wreath on a train bound for Paddington where the wreaths will be laid in the station. I’ve learned of the unique bond that exists between veterans even if they served decades apart and the Act of Remembrance recognises this service and sacrifice along with the ultimate price paid by those who died in service in our armed forces. The only form of acceptable response is to work for peace whenever the opportunity arises.