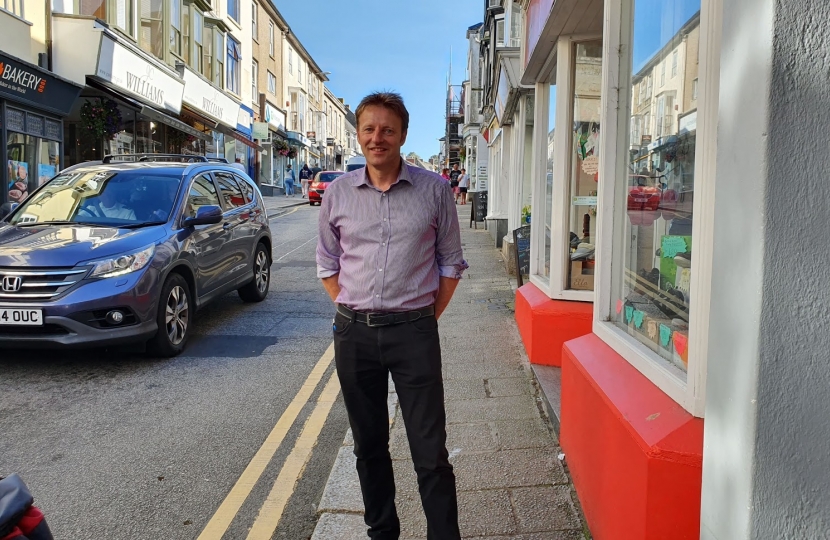 There has been an important development in the world of communications this week as the Culture Secretary brought to an end the debate on whether Huawei is the company to deliver the Government’s 5G ambitions. People will be aware of the concern voiced about our reliance on this Chinese firm to build the 5G network. We learned that UK’s mobile providers are being banned from buying new Huawei 5G equipment from this December and the kit will be removed from networks by 2027. National security concerns have clearly guided this decision and rather than hinder the UK I believe this will encourage the UK telecommunications sector to step up development of competitive infrastructure and equipment of our own once again. We can do it and we have no excuse!

We live along a beautiful coastline and the range of activity that takes place along our shoreline increases year on year. Jet skis can be included on this list and I’m aware of the local concern about the safety of this form of entertainment. My office has been looking into this on behalf of local residents and swimmers and, as a result, the Council, RNLI and the Coastguard are developing some safety awareness information for those participating in this pursuit. If the Council feels that it needs greater powers to manage this activity I’m content to explore this. However, the reality is that the most effective way for us all to stay safe is for every water user to recognise the responsibility they have for their own safety and that of others.

For over 15 years the Penwith 50+ Forum has campaigned on issues that affect older people and I have had the privilege of supporting their champion Chris Goninan on a few worthy causes over the years. The latest endeavour is to challenge the decision of the BBC to cut the free TV licence fee for over 75s. This was the subject of my last Prime Minister’s Question to Theresa May who made clear that the BBC had expressly confirmed that the settlement secured in May 2016 with Government would protect the free TV licence. This week Chris and I, on behalf of the 50+ Forum, wrote to the Prime Minister, the current and next Director General of the BBC along with other Ministers with influence in this area. The letter makes clear the vital service the BBC provides for the Forum members and others in receipt of the TV licence. It also addresses the feeling of injustice many feel when they learn of the generous salaries paid to BBC presenters using revenue generated from the licence fee. We want this decision reversed and for people who have contributed to our great nation for decades to continue to enjoy the BBC for free!

After months of my physical office being closed it has moved and is now open to visitors. The office is now located adjacent to Iceland on the ground floor of the Wharfside Shopping Centre in Penzance. Obviously, to be Covid-safe restrictions apply to visitors and staff. For those preferring to phone the number is still 01736 363038.

West Cornwall MP Derek Thomas says Prime Ministers and Presidents from the world’s leading democracies will enjoy the ‘warmest of welcomes’ when they meet at Carbis Bay in June for the G7 Summit.