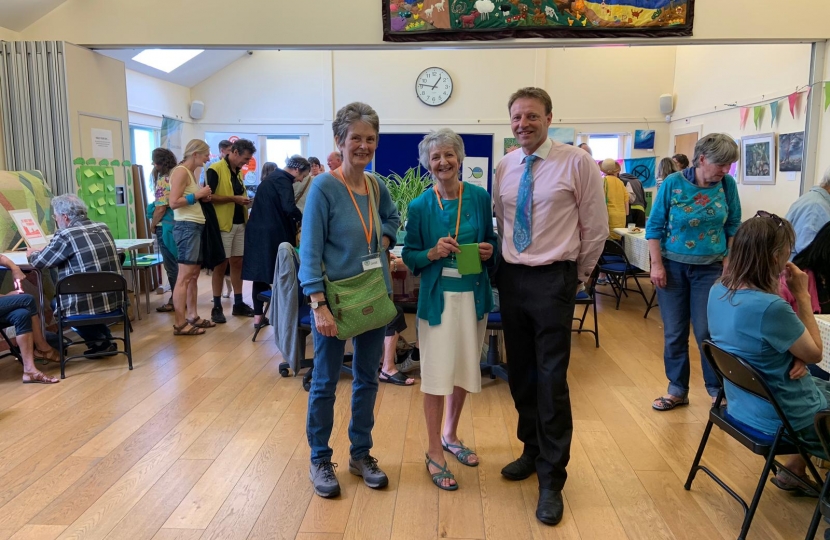 The campaign continues to secure a permanent post office in Newlyn. The post office branch closed for business last year and currently the community has access to a mobile post office. However, this is not satisfactory, especially since the mobile service has been extended to several other communities. The extension is welcome and I fought hard to secure this mobile provision but the unintended consequence is that the mobile service reduced in Newlyn to two half days. There is a dedicated group in Newlyn now known as A Post Office For Newlyn and, with the support of Cllr Roger Harding, we are working to ensure a new permanent post office is established at the earliest opportunity. This is not possible at the moment due to a legal dispute so in the meantime we are demanding a better temporary service! We demand that Post Office Ltd fulfil their promise to the people of Newlyn and reinstate the two full day temporary service. Adjacent to this I continue to press Post Office Ltd to accelerate the work to restore a permanent post office branch in other parts of our communities including Porthleven and Carbis Bay.

Early in the year a figure of £11 million was secured to carry out significant improvements to St Michael’s Hospital in Hayle and build a new Outpatients Department at West Cornwall Hospital in Penzance. The League of Friends and others have been working to identify a way to rebuild the Outpatients Department at West Cornwall for years so naturally we are all delighted. However, a storm is brewing as the site of the existing Out Patient Department is being considered for the provision of additional local housing once the work is complete. NHS England require the sale of unused sites if they are not earmarked for use which is entirely sensible but I agree that it would be preferable for the site to be retained – but not at the expense of the absolutely vital construction of a modern, fit-for-purpose outpatients department at West Cornwall. My approach is straightforward. The planning for the developments at West Cornwall is still at an early stage and there is time to consider alternative ideas which would perhaps enable the hospital to retain the existing site. To this end, I welcome any suggestion for a use for the land that will meet local NHS and care priorities and I would personally do all I could to secure funding for any agreed proposal.

It was good to return to St Martin Craft and Horticulture Show on Saturday. On display were 234 separate classes and there was much to do, eat, drink and see including plans for the Helford River Children’s Sailing Trust’s project Travassack Water Sports Centre for All which is benefiting from £1.69m from Government and a share of the money raised at this year’s show. It was a great show and a reminder of the good that nature can provide if we care for it. This brings me to The Centre of Pendeen’s great environment initiative that took place on the same day, promoting electric vehicles in particular and which will promote Sustainable Homes at the next event on Saturday, 9th November.