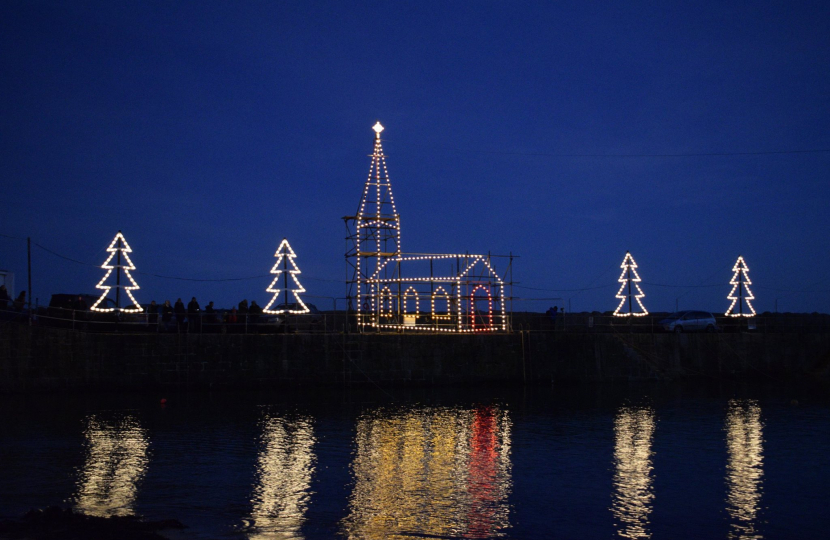 Parliament has been busy with the issues that are not easily resolved! The Prime Minister set out his approach to bringing an end to the channel crossings by immigrants and we were reminded the following day why this is necessary as a further 4 people drowned. Nearly 45,000 people arrived in the UK using this route and whatever critics, including many opposition MPs say, this is an illegal route and the Government is right to work to stop it. The route is only made possible by criminal gangs and the emphasis is to take out these gangs. However, using illegal routes like this puts enormous pressure on the immigration system which hurts genuine asylum seekers more that anyone else. Again, despite what critics say, the UK is a generous and welcoming country for people who have a genuine claim and Rishi is determined to strike fairness into the heart of UK immigration policy. You can find Rishi’s speech here.

I’m still of the mind that business rates are out-dated and must be scrapped in favour of a retail tax that is fair across in-town shopping as well as out of town and online shopping. There was a further opportunity to make this point in a debate on business rates and I focused on my main objection which is a tax on the building you occupy rather than the activity of your business is indefensible and is a barrier to growing a business. The government accepts the need for reform and significant changes in the past years that have removed massive numbers of companies from business rates altogether is an indication that something is not right. Property-based taxes favour some whilst penalising others which is not the way for Governments to do business!

I also called on the VAT threshold to be raised for similar reasons. The threshold forces small businesses to curtail their activity. This is not to avoid taxes but because the current system creates a cliff edge that forces a business to find a massive increase in sales the minute they hit the £85,000 threshold. For a guest house or restaurant to generate this income out of season is not reasonable or likely. As a result, the local economy, other businesses that need an all-year trade and employees suffer. The Government would do well to increase the threshold as part of the Levelling Up agenda!

Lives in and around St Ives are made miserable by pleasure helicopter flights and I proposed a change in the Levelling Up Bill to ensure flights are subject to planning law. I’m joined by many others in the frustration that Cornwall Council do not appear to have the power to regulate the flights over residential areas. Rather than accept the change to the Bill the Minister is going to see if it can be introduced more quickly through another legal mechanism.

We may already be tiring of the Christmas songs playing wherever we venture but I hope you enjoy a peaceful and relaxing Christmas and can take a moment to reflect on the past year. The Platinum Jubilee gave permission for us to feel safe to gather once again and it was good to celebrate 70 years of our Queen. In no time at all we had to say goodbye to Her Majesty which disturbed something within us that had gotten used to the stability and consistency of her reign over us. With His Majesty the King quickly enthroned, something of that foundation quickly settled which was just as well as the Government took its time to sort itself out. Who knows what 2023 holds?

I’m not going to predict but I do know that, as someone who was taught to hold fast to the promises of Christian faith the simple expression Emmanuel, God with Us is reassuring!