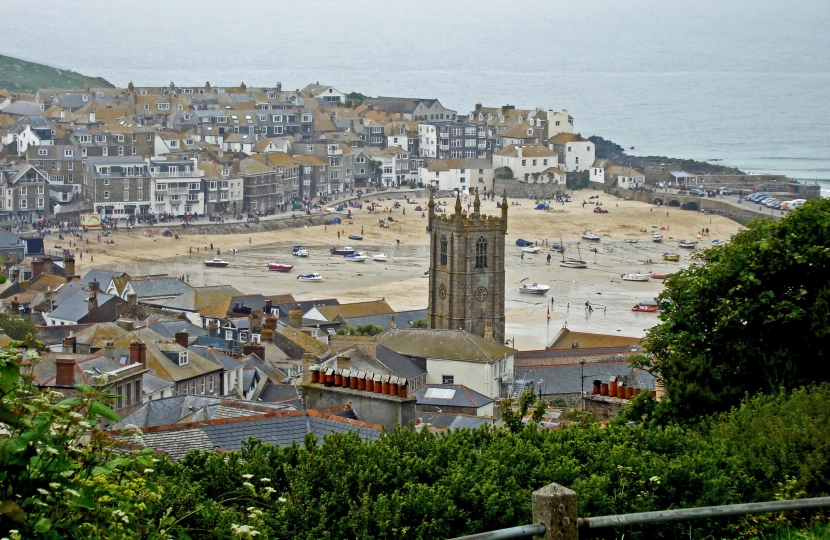 West Cornwall MP Derek Thomas has welcomed the announcement that the Edward Hain Winter Pilot project will continue to stay open until the end of June.

Since the start of the year, the project - labelled a ‘Christmas miracle’ by one of the pilot organisers because of the speed in which it was set up despite numerous challenges - has supported 24 local people (currently 17).

The pilot has provided prevention and re-ablement services, set in a secure and relaxed social environment, through a multi-disciplinary team of providers, including the NHS, Age UK Cornwall & the Isles of Scilly, Volunteer Cornwall and Active Plus.

The pilot was due to end this Sunday, 31st March but last week, at a meeting of the Edward Hain Working Group, Anita Cornelius, from the Cornwall Partnership Foundation Trust (CPFT), said that the project would continue until 30th June, adding that the pilot had proved to be “sustainable and compassionate”.

Mr Thomas, who formed the Edward Hain Working Group 18 months ago with local Cornwall Councillor Richard Robinson in a bid to work through the issues following the closure of beds at the hospital in February 2016, said he was delighted with the decision.

“This is excellent news,” he said. “The Winter Pilot has proved to be a great success so far, offering a refreshingly different, patient-centred, model of care.

“Because of the relatively small numbers of people being referred to the service, the staff have been able to make home visits and offer a very personalised level of service which is much appreciated by the patients as well as being good for their health and wellbeing.

“The people who have organised the project and worked to provide the services have done a marvellous job so far and I hope this three-month extension will give a bit of breathing space to enable the health authorities to fine-tune the project and give it a sustainable, long-term future.”

Cllr Robinson said the scale of the project was “nothing less than inspirational”.

“With 17 local residents currently being supported by the scheme, the only sensible decision was to extend the trial,” he said.

“I am very grateful to the efforts of all involved in getting the project up and running at probably the least favourable time of the year, and applaud their success.

“I thank in particular the team from Age UK Cornwall led by Sheena Arthur and hospital Matron, Lynda McHale, with project co-ordination and support from Rachel Slawson.”