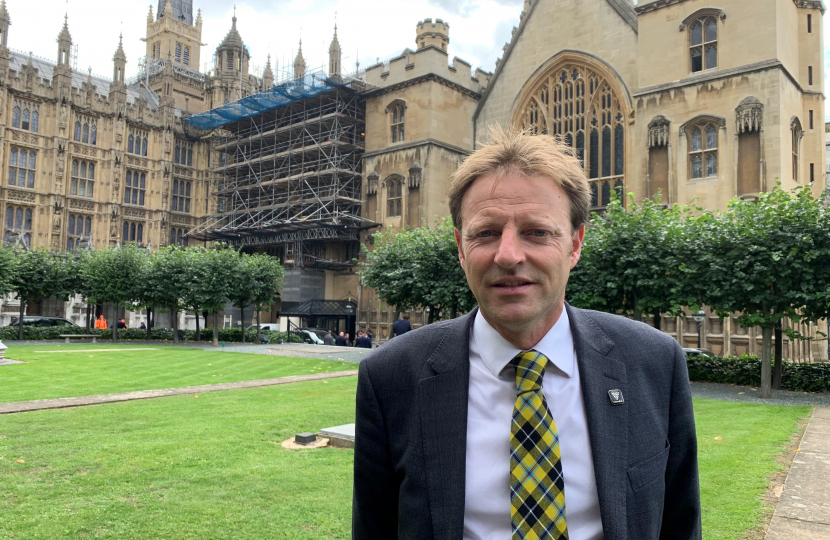 This is clearly the attitude of Cornwall Housing, an arms-length company of Cornwall Council which claims to offer housing solutions for Cornish residents. Having stumbled across seemingly perfectly habitable empty homes I did a bit of digging and have discovered Cornwall Housing has 135 empty properties in the Duchy which is an absolute scandal. Not least because I am aware of families in the constituency who are living in unsuitable temporary housing provided by Cornwall Council and paid for by the taxpayer.

Cornwall Council is pressing Government for more devolved powers which I support in principle, but I would hope that Council officers would use every tool and power they already hold to demonstrate they can make good use of extra powers. Housing has to be the most pressing issue (alongside social care) facing many residents and we expect the Council to do whatever it can to relieve the pressure. Having an arms-length company sitting on empty homes is not acceptable.

I know that Cornwall Councillors share this frustration which just shows how difficult it is to hold these companies to account. If Cornwall is to get these devolved powers and a directly elected leader or mayor personally, I’d want to see he or she get rid of the Council’s arms-length companies. I mean all of them! My view is that they undermine legitimate businesses in Cornwall, detract officers from the core function of the Council and, if Cornwall Housing is anything to go by, are not lean and efficient enterprises.

Every week I’m in direct contact with families desperate for housing and living in temporary emergency housing provided by Cornwall Council funded by us all. These temporary homes are a roof over a familu’s head but are certainly not suitable for their needs. If these empty homes are not made available soon Cornwall Housing - and other offenders like LiveWest, who has 49 empty properties - should be stripped of them to allow someone who cares about the crisis to manage these properties. On my list I also have empty homes belonging to churches in Cornwall and the MOD. The homes I am aware of sit empty and are not being made available to those who badly need them. Government often gets the blame but sometimes the problem and the solution falls within the responsibility of organisations much closer to home.

Revelations that both the PM and Chancellor have received fines for breaching lockdown rules leave both the Government and Conservative MPs in a tricky place. As I grew up a resounding theme was to be ‘beyond reproach’ which is a great principle to live by but I fall short as most if not all of us will at times. So I’m reluctant to judge but I recognise that our leaders have a duty to be extra vigilant especially when demanding such restrictions on the UK population as we did during the peak of the covid pandemic. The anger has subsided for many but it is vital trust is nurtured and maintained in our democratic system. I honestly don’t know what the answer is in relation to the PM and the Chancellor but Conservative backbench MPs will discuss what is the appropriate course of action when we return to Parliament after this weekend.

I touched on the pending energy security strategy from Government which was published late last week. The strategy commits to 95% of Great Britain’s energy set to be low carbon by 2030 which is a significant step forward if it can be delivered. The strategy was lacking in detail on how to cut household energy-use - it seems helping householders understand how to reduce energy consumption and bills is something Governments around the world are reluctant to do. For example, the International Energy Agency concluded that if all Europeans turn the thermostat down by one degree centigrade ten billion cubic metres of natural gas would be saved. Sadly, no European leader is leading the charge.

Other tips I read this week included turning down the heat when cooking on the hob, removing excess trays from the oven, defrosting the freezer regularly, bleeding radiators and turning them off in unused rooms and avoiding leaving phones and laptops charging overnight!

Just as Parliament broke for Easter Recess an almighty row broke out in relation conversion therapy. The Government wants to ban gay therapies but not transgender ones. Government ministers are cautious in their approach by seeking to ban ‘authority’ figures from seeking to crush a young or vulnerable persons ‘inclinations’ and allow space and time to avoid irreversible medical treatment for a young or vulnerable person who is unhappy in their gender. It’s a very tricky issue that has the tendency of landing public figures in hot water, but this should not stop us having an honest, open, and compassionate debate.

This is your last chance to complete the St Ives Helicopter survey I’m hosting. For as long as I have been an MP the Adventure 101 helicopter trips have triggered a flow of emails each summer and despite efforts to find a way to resolve these concerns it seems that the Town Council, Cornwall Council and current legislation has no influence whatsoever. The proposal is to tweak current planning rules to create a requirement for the helicopter operator to apply for permission to fly from a dedicated site which would allow the council to agree appropriate parameters. The survey seeks to establish the strength of feeling in the St Ives area and you can take part this week at derekthomas.org/stiveshelicopters.