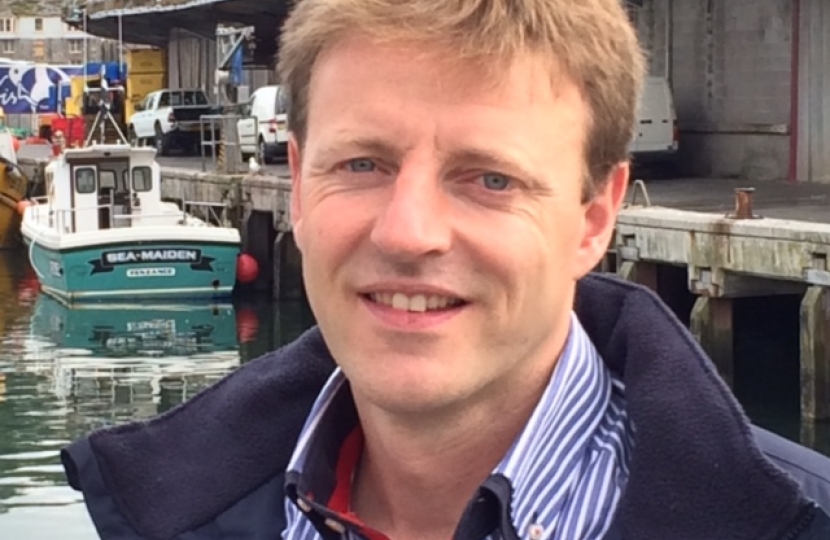 West Cornwall MP Derek Thomas says that while he is relieved by the fact that Parliament has finally done what it was tasked to do and that the UK has now left the EU, much hard work must be done to ensure the country capitalises on the opportunities that independence brings.

“I voted Leave in the 2016 referendum and have never been in any doubt that the right thing is for the UK to be in charge of our own destiny,” he said.

“As an EU member, the UK was drawn into a far more complex relationship than one of trade and cooperation and subsequently hamstrung by the EU’s political structures. We can now steer a new course which places our country’s interests first.

“Fishing, which is so important to us here in West Cornwall, is a good example of an industry where the Government can now negotiate new, more beneficial trading and fisheries agreements with both the EU and other countries.

“I am encouraged by the fact that during the countdown to our departure, EU leaders have been at pains to state their desire to retain good relations and a healthy trading relationship with the UK – there seems a genuine will, after all the rancour of the past few years, to work with goodwill to create strong, mutually-beneficial bonds and lasting, positive partnership.

“At the same time, the Government has a duty to repair the divisions created by Brexit and its determination to ensure that ‘left behind’ areas, such as Cornwall, level up with the rest of the country is vital.

“Improving the infrastructure and investing in skills will open up opportunities for communities which have traditionally struggled to access good, well-paid jobs as the UK makes new trading links across the globe in fast-growing sectors such as renewable energy.

“There is no room for complacency but the UK now has the chance to forge an exciting future as an independent nation.”