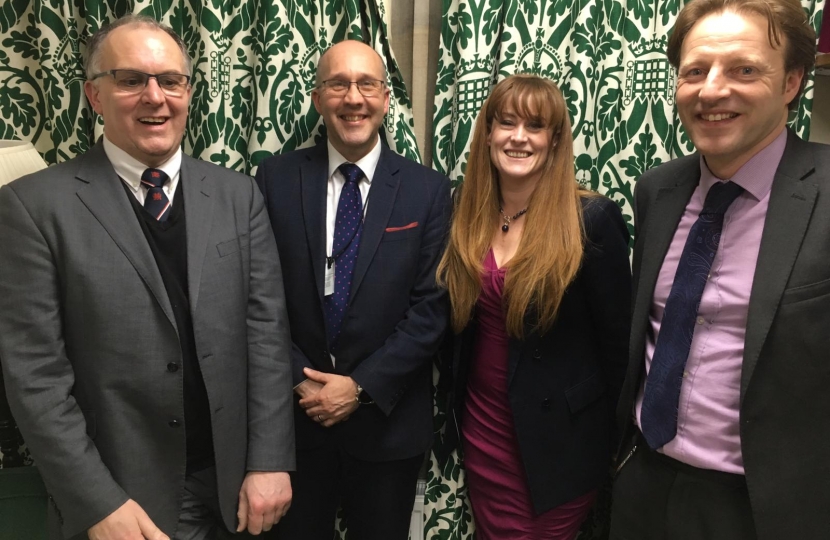 West Cornwall MP Derek Thomas says that there are encouraging signs that the Government will act to ensure that rural post offices have a viable and sustainable future after his latest meeting with Post Offices Minister Kelly Tolhurst MP.

With ten post offices in his West Cornwall constituency either closed, or at risk of closure, Mr Thomas has spearheaded a Save Our Post Offices campaign in recent months, contacting 10,000 people in the constituency and receiving more than 1,700 responses.

The campaign makes three key demands of Government and Post Office Ltd, namely that they:

* make sure that sub-postmasters have a viable business

Shortly before Christmas, Mr Thomas led a debate in Parliament on the issue leading to the Minister announcing that there would be an extension of the mobile post office service in West Cornwall to include Heamoor, Gulval, Carbis Bay, Leedstown, Praa Sands and Crowntown.

Following that debate, Mr Thomas has now met with the Post Offices Minister with representatives from the National Federation of Sub-Postmasters (NFSP) and has been promised further support.

“The meeting was very positive – the Minister clearly recognises that rural post offices are under threat and indeed admitted that there are similar issues with post office closures in her own constituency of Rochester and Strood in Kent,” said Mr Thomas.

“The NFSP will supply her with case studies about the closure of individual post offices after which she has agreed to press Post Office Ltd to find ways to remedy the situation.

”She also agreed to meet with myself and the NFSP again very soon – this time with Post Office Ltd in attendance as well – and said she would talk to officials about the potential for a ministerial group devoted solely to the Post Office which could provide links and connections with all aspects of the debate in order to create a clear and viable vision for the future.

“I think we are making significant progress and I am very grateful to everyone in West Cornwall who contributed to the Save Our Post Offices campaign – the excellent response has been a major factor in ensuring that the Government takes seriously the issues facing our rural post offices.”