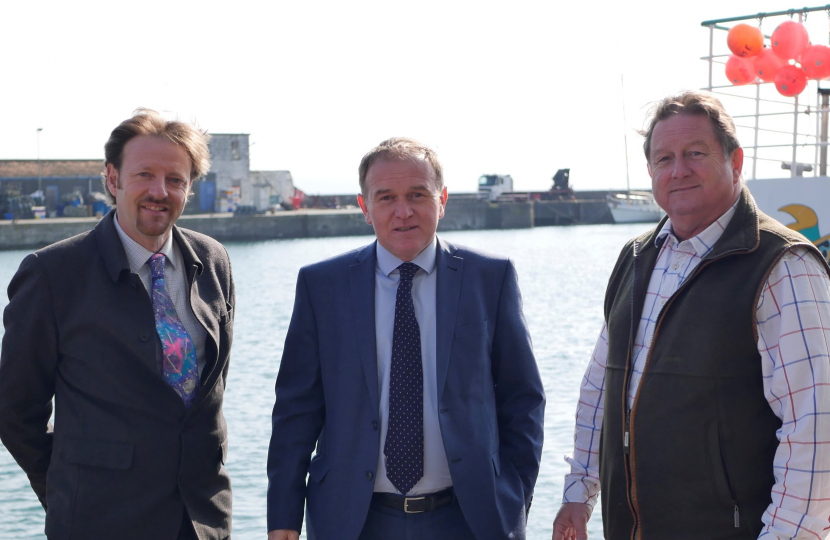 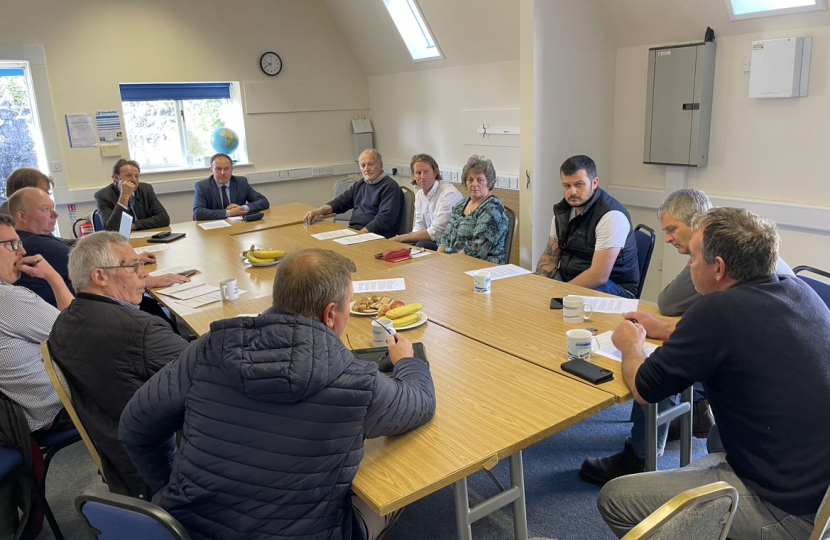 George Eustice, the Secretary of State for the Environment, Food and Rural Affairs – who has responsibility for the UK’s fisheries - today visited Newlyn to hear from the Cornish fishing industry.

Derek Thomas MP arranged a series of meetings in Cornwall’s premier fishing port to discuss the challenges facing the harbour and local fishermen.

George Eustice first met the Commissioners of Newlyn Harbour, who are planning to extend the harbour to provide deep-water berths.  Larger boats can only use the existing harbour at high tide, which restricts the opportunities for increased landings as the UK regains control of its territorial waters.  Newlyn’s location places it an ideal position to take advantage of the UK’s exclusive economic zone – which extends 200 nautical miles into the Atlantic Ocean from the tip of Cornwall – but the port’s infrastructure is holding it back.

George Eustice heard that the Commissioners’ plans for expansion could not fit into the time-scales of the UK Seafood Fund, and agreed to consider adjusting the criteria for what he called “a transformational game-changer” of a project.  Since investment is no longer tied to the EU’s budgets, ministers are now able to alter time limits rather than fit them into arbitrary time-frames.

George Eustice then met local fishermen and discussed a number of other issues:

George Eustice agreed to meet the Maritime Transport Minister to review the regulations.

George Eustice said that he shared their concerns, and had asked Defra officials to devise a scheme for mitigating conflict between fishing and energy generation.

“Newlyn is a powerhouse of fishing in the South-West, and is well-placed to take advantage of the new opportunities that Brexit is bringing.

“I have asked George to make sure that the industry is ready for taking full control of our waters in 2026 – which means investment in ports like Newlyn, and an end to red tape that does nothing to conserve stocks or improve safety.

“George has been listening to me talking about these subjects in Westminster, but it was helpful to get him to hear directly from the fishing industry.”