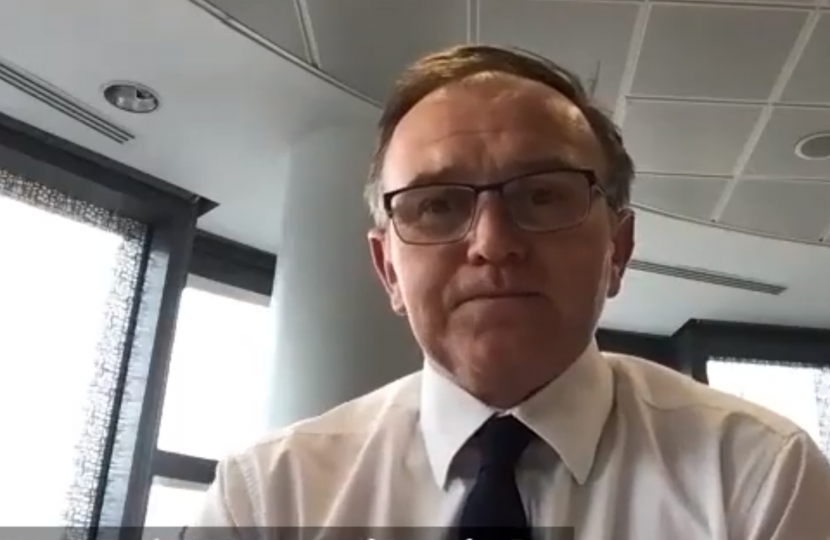 West Cornwall’s climate change campaigners had the chance to engage with one of the Government’s key figures in reducing carbon emissions at the latest in the series of Climate Focus events jointly hosted by West Cornwall MP Derek Thomas and WI Climate Ambassador Pippa Stilwell.

Around 70 people attended the virtual focus meeting to hear Environment Secretary, George Eustice, give an update on the passage of the world-leading Environment Bill through Parliament and field questions on a wide range of topics.

Addressing the group, Mr Eustice, who is MP for the Camborne-Redruth constituency, said that 2021 was a very big year for the UK internationally.

At the COP26 event later in the year, the UK was very keen to get more countries to declare their position on NDCs (Nationally Declared Contributions) to cut greenhouse emissions and, in terms of biodiversity, the Government had similar ambitions to get other countries to follow the UK pledge on nature to protect at least 30% of land and to increase the amount of funding for biodiversity projects.

Mr Thomas said he was very grateful to the Environment Secretary for sparing the time to speak to the Climate Focus group.

“George is helping to drive the Government’s environmental and climate change agenda and I think everyone who attended will have been impressed by his knowledge and understanding of the issues.

“Even those who want the Government increase their efforts still further in fighting climate change will have come away with a better understanding of the challenges and rationale behind what is currently being proposed.”

Mr Eustice spoke to the West Cornwall group just a day after he announced further additions to the Environment Bill, which is being amended to include legally binding target for species abundance for 2030, aiming to halt the decline of nature and which Mr Eustice hopes will be the Net Zero equivalent for nature in addressing the biodiversity crisis.

As part of this week’s announcement, the Bill will also include