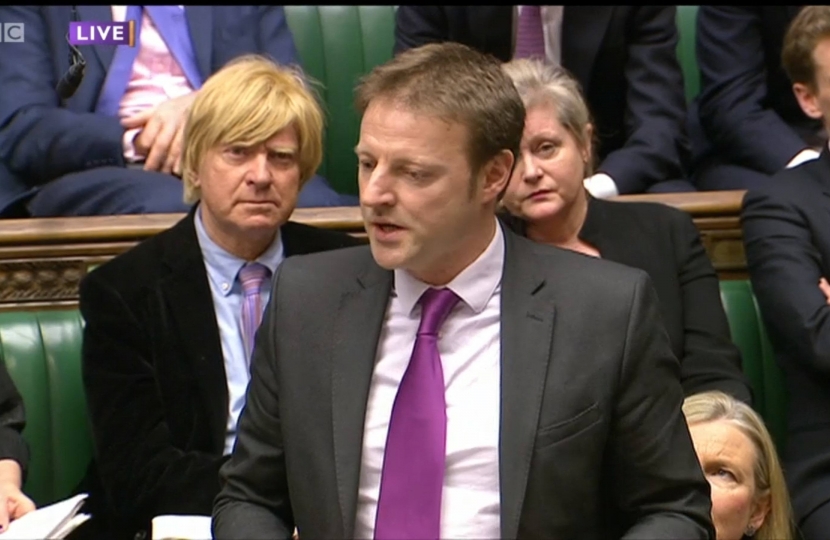 A CALL by West Cornwall MP Derek Thomas for an extra Bank Holiday next year to help those adversely affected by a shift to the early May date to coincide with the 75th anniversary of VE Day has fallen on ‘tin ears’.

Mr Thomas secured a parliamentary debate on the issue after hearing from businesses and individuals who will be adversely affected by the Government’s decision to move the early May date for 2020 from Monday, 4th to Friday, 8th, so that it can become part of a three-day weekend of events to mark the end of war in Europe.

Mr Thomas said he fully supported the decision to make the 75th anniversary of VE Day on 8 May 2020 a bank holiday but criticised the “the cack-handed way” in which the Business Department had gone about their decision-making, giving just 11 months’ notice of the cancellation of the traditional early May bank holiday.

“Seeing the footage of crowds in the streets celebrating this momentous occasion (VE Day) —for them, a bittersweet moment after years of hardship, loss and fear—it is right that we should put aside all else and commemorate and celebrate that day on 8 May next year,” he said.

Nevertheless, said Mr Thomas: “The late notice of the announcement demonstrates a tin ear towards the tourism industry,” before going on to list a number of examples of how businesses and people booking holidays and weddings would lose out.

“The only possible, practical and pragmatic response is for the Government to keep the bank holiday to commemorate VE-day and to reinstate the early spring bank holiday on Monday 4 May.

“I have no appetite to create extra cost and disruption for small businesses, and I have never previously supported the idea of extra bank holidays. However, the fact remains that the Department for Business, Energy and Industrial Strategy has left the decision far too late and has caused far too much disruption and potential expense to far too many people.”

Responding, Business Minister Andrew Stephenson said: “I accept that the decision will have a negative impact on some people, but moving the bank holiday remains a right and fitting tribute to mark such a watershed moment in our nation’s history.