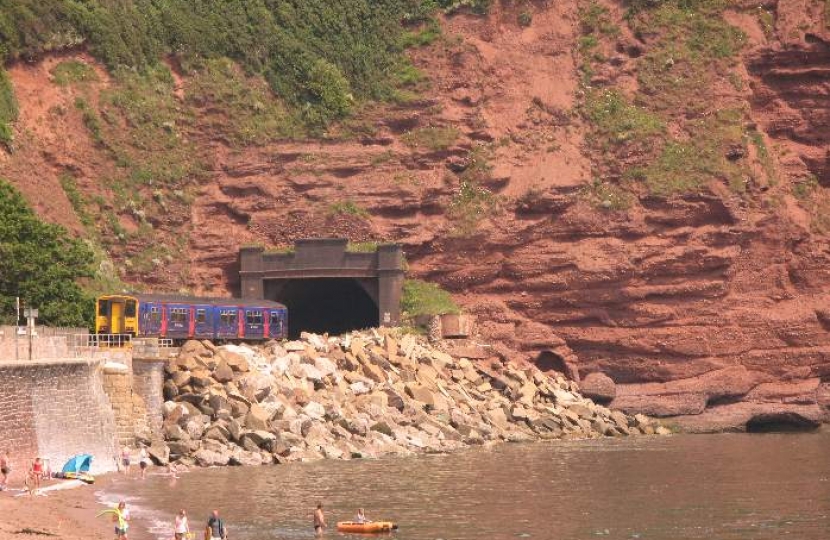 West Cornwall MP Derek Thomas is urging people to take part in a consultation on proposals to make the railway line in South Devon more resilient.

Since the damage caused by heavy storms which resulted in a six-week closure of the railway in 2014, Network Rail has been developing the South West Rail Resilience Programme to protect the line between Exeter and Newton Abbot.

Over the past year, as well as starting work to replace the seawall at Dawlish, leading engineers have undertaken detailed geo-technical, environmental and marine studies on another vulnerable section of the line – a 1.8km stretch between Parson’s Tunnel and Teignmouth.

They have now come up with a scheme which includes moving the line away from sections of unstable cliffs and reclaiming land to allow a buttress - a sloping rock structure to stabilise cliffs and protect the railway - to be built.

Mr Thomas said: “Here in West Cornwall, we are all, to a greater or lesser degree, dependent on having a resilient railway link to the rest of the country and, from previous experience, the more people who feed into a consultation, the stronger the message to Government of the need for action.

“The consultation about the proposals only takes a couple of minutes to complete and continues until 15th July.”

On Monday I started the day at Newlyn fish market. This was the first fish auction that had taken place for a number of days due to bad weather grounding the fleet.