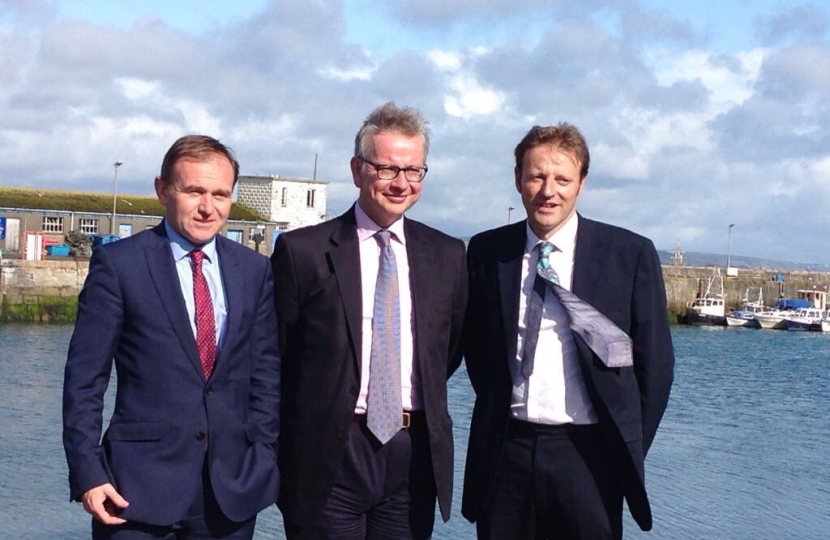 The UK's agreement to keep EU fishing policies during the Brexit transition period is “very disappointing”, says West Cornwall MP Derek Thomas, who has pledged to fight to change the terms of the agreement.

In Monday’s announcement on the EU Implementation Agreement, David Davis, Minister for Exiting the EU, said that the UK's share of fishing catch will be guaranteed during transition but that the UK will effectively remain part of the Common Fisheries Policy (CFP), although without a direct say in its rules, until the end of 2020.

Mr Thomas was one of a group of MPs who met with DEFRA Minister Michael Gove and the Chief Whip shortly after Mr Davis’s announcement to register their concerns and the group also plans to discuss the situation with the Prime Minister.

In addition Mr Thomas has signed a letter drafted by leading Brexiteer Jacob Rees-Mogg which calls for the UK to take back control of the UK’s fisheries, setting its own fisheries policy from 29 March 2019 and not remaining party to the CFP during the proposed implementation period.

Mr Thomas said: “It is clear Brussels are not compromising on fishing whilst they still have us in their grasp.

“The UK's control of UK waters is now postponed until the end of 2020, giving Brussels the freedom to dictate the terms with us simply as a third party until then. I am completely opposed to this as are large numbers of colleagues.

“We have been assured that control of total access to UK waters will be ours by the close of 2020. It is what takes place in between that concerns me.”

Mr Thomas says that despite the announcement, he does not believe that the agreement is a ‘done deal’ and is consulting with fishing industry leaders about the best way forward.

“In a speech just two weeks ago, the Prime Minister said that ‘the UK will regain control over our domestic fisheries management rules and access to our waters’ – this has to happen from April 2019 not more than 18 months later,” he added.